"More Pressing Issues" Than Afghanistan? Left Unsaid About the Chaotic Debacle in Kabul Is that the Democrats Need Their Generals to Focus More on "Domestic Insurrectionists," aka Red-Blooded Americans, Than on Islamists and Communists, Foreign or Domestic 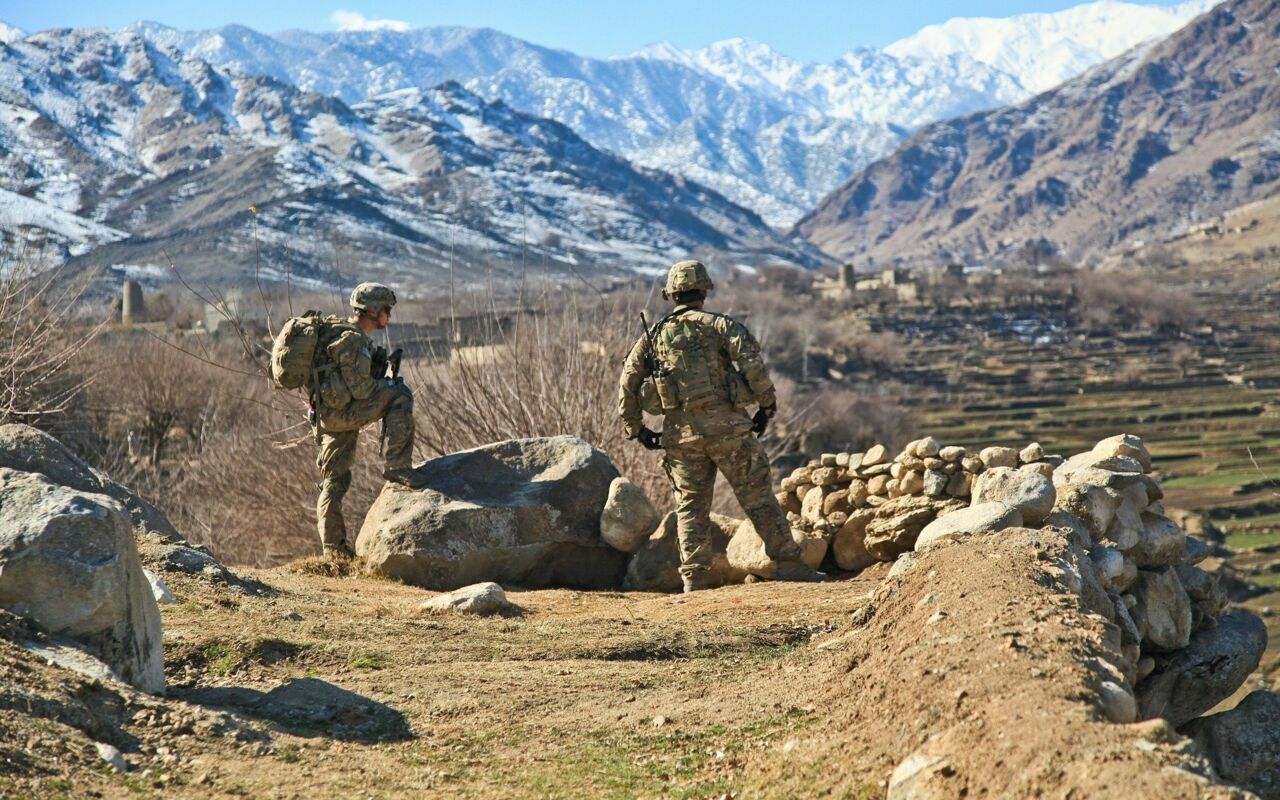 After 20 years of military presence and war in Afghanistan, reports the Wall Street Journal (thanks to Instapundit), "Biden Wanted to Leave … He Knew the Risks. Generals and diplomats warned about a pullout, but the president told his team the U.S. was simply providing life support for the Kabul government while neglecting more pressing issues."

was committed to ending the U.S. military role in the country. The president told his policy advisers the U.S. was providing life support for the Afghan government, which, in his view, was corrupt and had squandered billions of dollars in American assistance, according to current and former administration officials. He wanted to reorient American foreign policy onto what he sees as more pressing international matters, including competition with China, and domestic issues including infrastructure and battling Covid. “I am deeply saddened by the facts we now face, but I do not regret my decision,” he said Monday.

What is missing here? What Biden wants, the WSJ reports, is "to reorient American foreign policy onto what he sees as more pressing international matters, including competition with China, and domestic issues including infrastructure and battling Covid."

It seems to me that the main issue missing here regarding "the more pressing international matters" and the more pressing "domestic issues" is that there is a point where the two converge. That is, the members of the Biden administration, like the drama queens in all Democrat administrations, knows that the true enemies of America, of the planet, and of all mankind are not the Taliban, the Islamists, the Chinese, the Russians, the Soviets, the communists, etc, etc, etc…

The top pressing issue is to turn the United States government and the United States military against those whom all leftists, both in America and abroad, know are America's, are humanity's, true enemy — the Republicans, i.e, the American people who still believe in the country, in the flag, and in the Constitution. Also known as fascists, as Nazis, as Adolf Hitlers, and — to this administration — as "insurrectionists" and as "domestic terrorists."

Those include rewriting elections laws so that the good and competent people (such as Joe Biden and Kamala Harris), deserving dreamers all, will remain in power forever, and using all the force necessary to change hearts and minds or at least keep the despicable deplorables in line — such as keeping the January 6 rioters (aka the mutineers?) jailed in isolation forever…

The memes and jokes that the joint chiefs of staff, along with the rest of the Democrats, are more concerned with Critical Race Theory, Karl Marx, and white supremacy turn out, unfortunately, to be very serious: that is precisely where they see the true enemy, aye, the only enemy… (Thanks to Instapundit…)

Update: In the Biden White House's "overarching focus on the domestic matters [that] it has prioritized for the last eight months" (Los Angeles Times), the Instapundit blog just reminded us of Jonah Goldberg's take on the Democrats' “the moral equivalent of war”. As Ed Driscoll puts it:

Not surprisingly, the party whose organizing method is “the moral equivalent of war” views American politics as the continuation of warfare by other means, to flip von Clausewitz’s axiom on its head. And as the last week has illustrated, they’re far more focused on fighting against the American people, rather than Middle Eastern terrorists.

Regarding the NEED for F-15S AND NUKES TO FIGHT THE GOVERNMENT, Glenn Reynolds adds some choice quotes from Larry Correia:

“In something that I find profoundly troubling, when I’ve had this discussion before, I’ve had a Caring Liberal tell me that the example of Iraq doesn’t apply, because ‘we kept the gloves on’, whereas fighting America’s gun nuts would be a righteous total war with nothing held back… Holy shit, I’ve got to wonder about the mentality of people who demand rigorous ROEs to prevent civilian casualties in a foreign country, are blood thirsty enough to carpet bomb Texas. You really hate us, and then act confused why we want to keep our guns?”

“How does that saying go? ‘If you want to know who your rulers fear, look at who they threaten to nuke?’ It’s quite obvious that ruling class America hates and fears the American people much more than they hate and fear any foreign power on Earth.”

In our new compassionate, tolerant, be-nice-to-everybody world where hatred and stereotypes are taboo, there is in fact one type of person throughout the five continents whom it is not only acceptable to ridicule, castigate, demonize and, yes… hate, it is in fact almost mandatory to do so. And that is: a leader or member of America's Republican party. And no, that it is not something that is recent (or the fault of Donald Trump or George W Bush…)

As an 1860 presidential contender, Abraham Lincoln, put it more than 160 years ago, as he tried to address Southerners and members of the Democrat Party only five or six years after the birth of the Republican Party,

You consider yourselves a reasonable and a just people … Still, when you speak of us Republicans, you do so only to denounce us as reptiles, or, at the best, as no better than outlaws. You will grant a hearing to pirates or murderers, but nothing like it to [Republicans]. In all your contentions with one another, each of you deems an unconditional condemnation of [Republicanism] as the first thing to be attended to. Indeed, such condemnation of us seems to be an indispensable prerequisite — license, so to speak — among you to be admitted or permitted to speak at all. 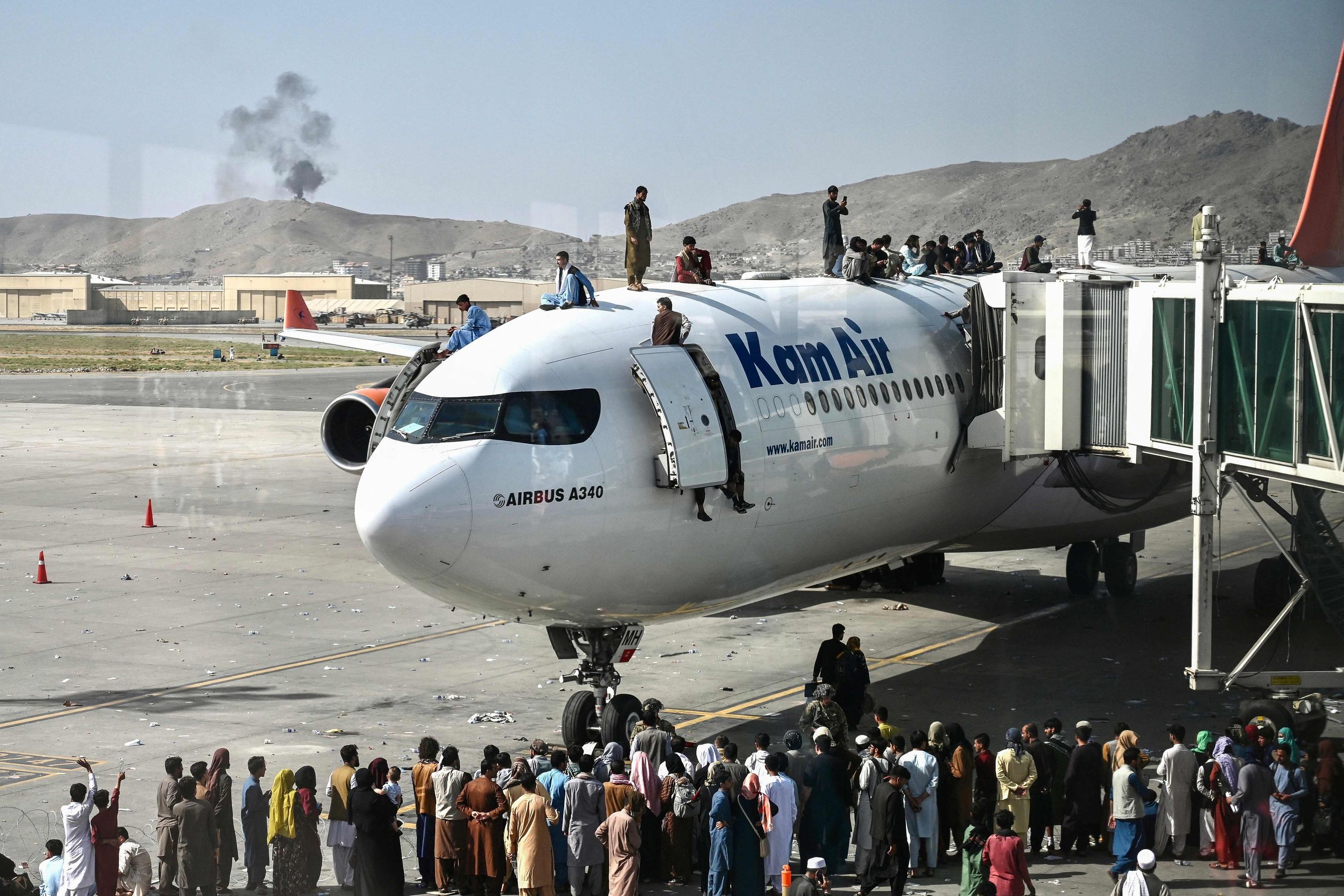 A Democratic insider and vocal ally of the Biden administration claimed last week that former President Trump and "Trumpist extremists" are a bigger threat to the United States than the Taliban and all the al Qaeda fighters combined.

David Rothkopf, who is frequently retweeted by White House Chief of Staff Ron Klain, tweeted, "The Taliban, all of them together, plus every Al Qaeda fighter in the world, do not pose the threat to the United States that Trump or Trumpist extremists do.  Let's maintain our perspective."

… His columns also attacked Republicans, including one earlier this year that said the Republican Party is the "party of thugs, terrorists, racists and dopes."

… In an email to Fox News on Wednesday, Rothkopf … doubled down on his tweet and claimed they do not "pose an existential threat to the United States or our way of life" like Trump and his supporters do.

"Trump and his supporters have, with support of one America's most dangerous enemies, actively sought to undermine democracy in America. The coup attempt on January 6th and the propagation of the Big Lie are an example of this," he said. "Their efforts to suppress the vote are an example of this. Trump's active obstruction of justice is an example of this. Should they succeed, democracy in America will be gutted, our way of life end, our values undermined and our standing in the world destroyed. They may yet succeed. As a consequence the threat they pose is far greater to the United States as a whole." 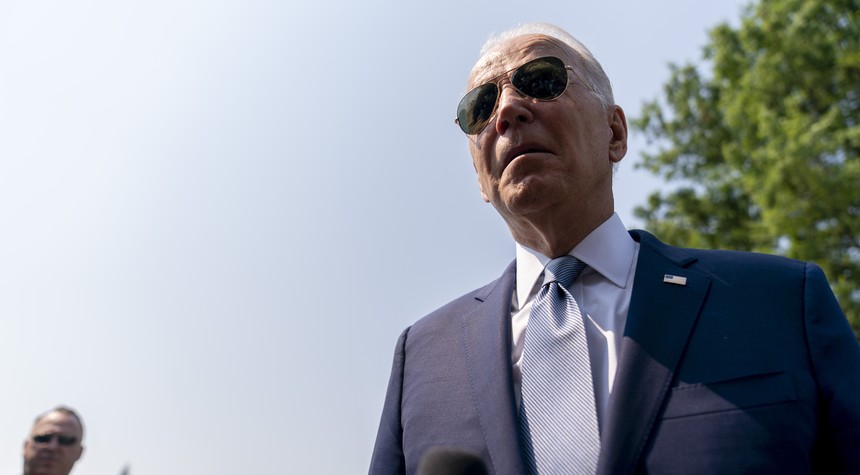 Update 3: Joe Biden Threatens to Fight Texas Harder Than He Ever Fought the Taliban, remarks Bryan Preston, leading Stephen Green to comment, laconically, HE HAS PICKED HIS ENEMIES and Ed Driscoll to quip that

To be fair, that’s what Obama-era retreads simply do out of reflex:
‘Where the Obama Administration Sees War, and Where It Doesn’t.’

While Bruce Carroll shakes his head at Biden "showing more anger toward unvaccinated Americans than toward Taliban terrorists who still hold hundreds of Americans hostage" — indeed, JD Vance protests that "Biden is talking about millions of American citizens like they're vermin" — Glenn Reynolds points out that

I used to worry what would happen if the feds used the military to keep us in line. Now I am not so worried. I think garden variety armed Americans would do quite well against the current military.

Amazing how quickly the collapse into tyranny happens. The left has basically declared war against the American People.

They have declared ordinary Americans their enemy, and have opened the war against us by stealing the recent election, and by the executive actions taken since then.
Their horrendous failure in Afghanistan seems only to be possible as an intentional action, as error, stupidity, or incompetence can not suffice.
I think that in the US, we are in a time comparable to the Sitzkrieg, and that the mess here will go active soon.
I think that the opening moves will be splashy false flags, followed by Australian-style military takeovers, with individual actions in resistance after that.
There will be a period of outrage and reprisal, like those on the Kansas / Missouri border before and during our first Civil War, and then the infrastructure attacks will begin, bringing the curtain down on the American experiment for a significant number of years, and trashing much of the rest of the world in our wake.
God help us all, for no one else will
John in Indy

Only because I believe our military would be very hesitant to engage American patriots in open battle. We would pursue it in a guerilla warfare type scenario that would be extremely difficult

Concur with all above