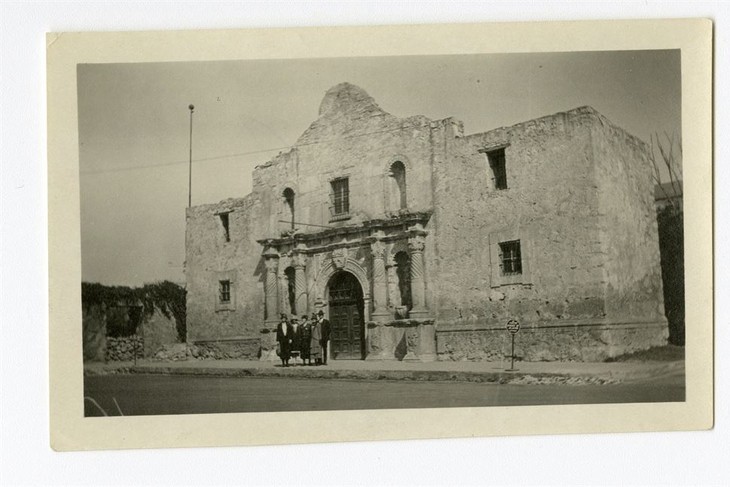 Between Bryan Preston, Stephen Green, and Mark Tapscott, along with Mark Pulliam, Instapundit has had a field day — and rightly so — defending the Alamo against woke history.

The Texas State Historical Association’s chief historian wants us to forget the Alamo and view its defenders — and their supporters now — as racists. Walter Buenger, Ph.D. and TSHA chief historian, recently slammed the Alamo as an insignificant battle then and a monument to white supremacy now. The facts don’t support that at all. 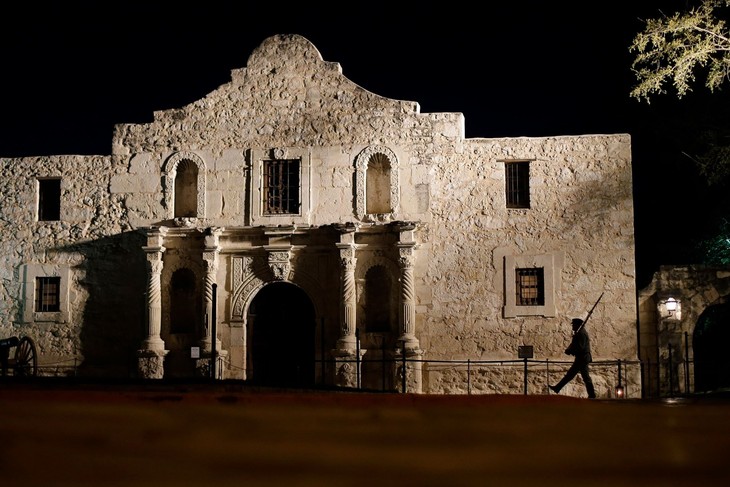 Indeed. As it happens, I should like to add my voice by reprinting here my answer to a question on Quora (What is the most little known fact about the Battle of the Alamo?).

The problem with the Left, international as well as American, is that they obsess so much over every sin, real or alleged, of the United States, going berserk over American/Western guilt, that they leave other nations — and their citizens — totally unscathed from the minutest amount of criticism, all the while ignoring basic historical facts.

In the leftist telling, for instance (as well as that of La Raza), Mexico is seen as the sacred territory of the Mexican people, the target of the greedy eyes of los gringos who were allegedly nothing but despicable traitors to their country (Mexico), while single-minded Mexicans living in perfect peace are seen as the blameless victims of the Texans (and the imperialistic Anglo-Americans) wishing to introduce slavery to their region.

That simplistic picture is leaving out a whole lot of information.

La revolución started in 1835, but not in Texas alone, and — can you answer this question — following what event? There is this little overlooked detail of a Mexican leader overthrowing the constitution (yes, that would be the… very document outlawing slavery) and becoming a de facto dictator.

Why is that important? Because what do you think happened after news of the revolt reached Mexico City? Did Antonio López de Santa Anna gather his legions and march north — while patriotic Mexicans throughout the country cheered or gleefully joined the army as it marched northward to put down la revolución?

No, el padre de la patria did not march north, on the (self-declared) Republic of Texas. He marched North-West, towards… the (self-declared) Republic of Zacatecas — where his army put down the first (!) of the revolts that broke out throughout Mexico upon his seizing of power. Like the Alamo and Goliad later on, the city of Zacatecas became a bloodbath.

In fact, like its neighbor up North, Mexico has always been a federation of constituent states (the United Mexican States is the federation’s official name) — and in the 1830s, there were 19 to 20 estados in los Estados Unidos Mexicanos (just like there were 24 to 26 states in the neighboring United States of America at the time; FYI, 180 years later, there are 31 estados in Mexico while there are 50 states in the USA).

In 1835, there was not a revolt only in Tejas, but in as many as 11 (!) of Mexico’s estados (some striving for a return to la Constitución of 1824, others striving for full-out independence), i.e., more than half of them.

After the plunder of Zacatecas, Santa Anna indeed marched northward — putting down more or less small revolts all along his path to Tejas. One reason for his relatively easy victories was… the lack of weapons in the hands of the citizenry. (In 1834, the civic militia had been — conveniently — disarmed by… guess which Mexican leader; si, señoras y señores, t’is none other than Santa Anna prior to his coup d'état…)

All the attempted revolts failed, except one: those of the Yanqui English-speakers in the future Lone Star state. (Gracias, Second Amendment.)

Within three or four years of the Battle of San Jacinto, where the Texans prevailed, at least two more secession movements would break out within the Spanish-speaking parts of Mexico: the (self-declared) Republic of the Rio Grande and the Republic of Yucatán (the latter of which actually managed to survive as an independent nation for seven years or so).

South of the river, three other estados bordering (the by-then independent nation of) Texas — Coahuila, Nueva León, and Tamaulipas — tried to follow the neighboring Republic of Texas in seceding from Mexico in order to establish an independent country, but the revolutionaries in la República del Río Grande were put down by the Mexican Army as well.

These are the problems with the leftists’ facile criticism of the Texas revolution, or that of their equivalents in La Raza — based on their obsession with race, racism, and slavery in addition to other sins (albeit only when and if they are American):

First, as we have seen, revolts had broken out throughout the country, all by Spanish-speakers with no relation to slavery wishing either to secede outright from Mexico or return the nation/the federation to democratic/republican rule. (That’s a whole lot of “traitors” to a dictatorial régime that “only” wished to, uh… stamp out democracy (!) just as much as if not more than among the Gringos up North, killing (fellow?) Mexicans to prevent them from creating independent patrias.)

Second, as far as the 1824 constitution’s abolition of slavery is concerned — which is supposed to demonstrate the superior morals of the Mexican people and government — to what extent did it really benefit the Mexican people? It should remind you of the Tsar’s abolition of serfdom in 1863: to what degree were Mexico’s peones, like Russia’s serfs, really free, other than on paper, and how had their conditions really been improved after their countries’ respective flamboyant declarations?

Third, the praise bestowed on Mexico for outlawing slavery turns out to be moot in view of the fact that the whole reason why Texans — along with their fellow Mexican citizens in a dozen other states — revolted, it was because a dictator had seized power in the first place, overthrowing the celebrated constitution banning slavery in the process.

Overthrown by Santa Anna, who turns out to be the fellow who declared:

A hundred years to come my people will not be fit for liberty. They do not know what it is, unenlightened as they are …/… a despotism is a proper government for them …/… 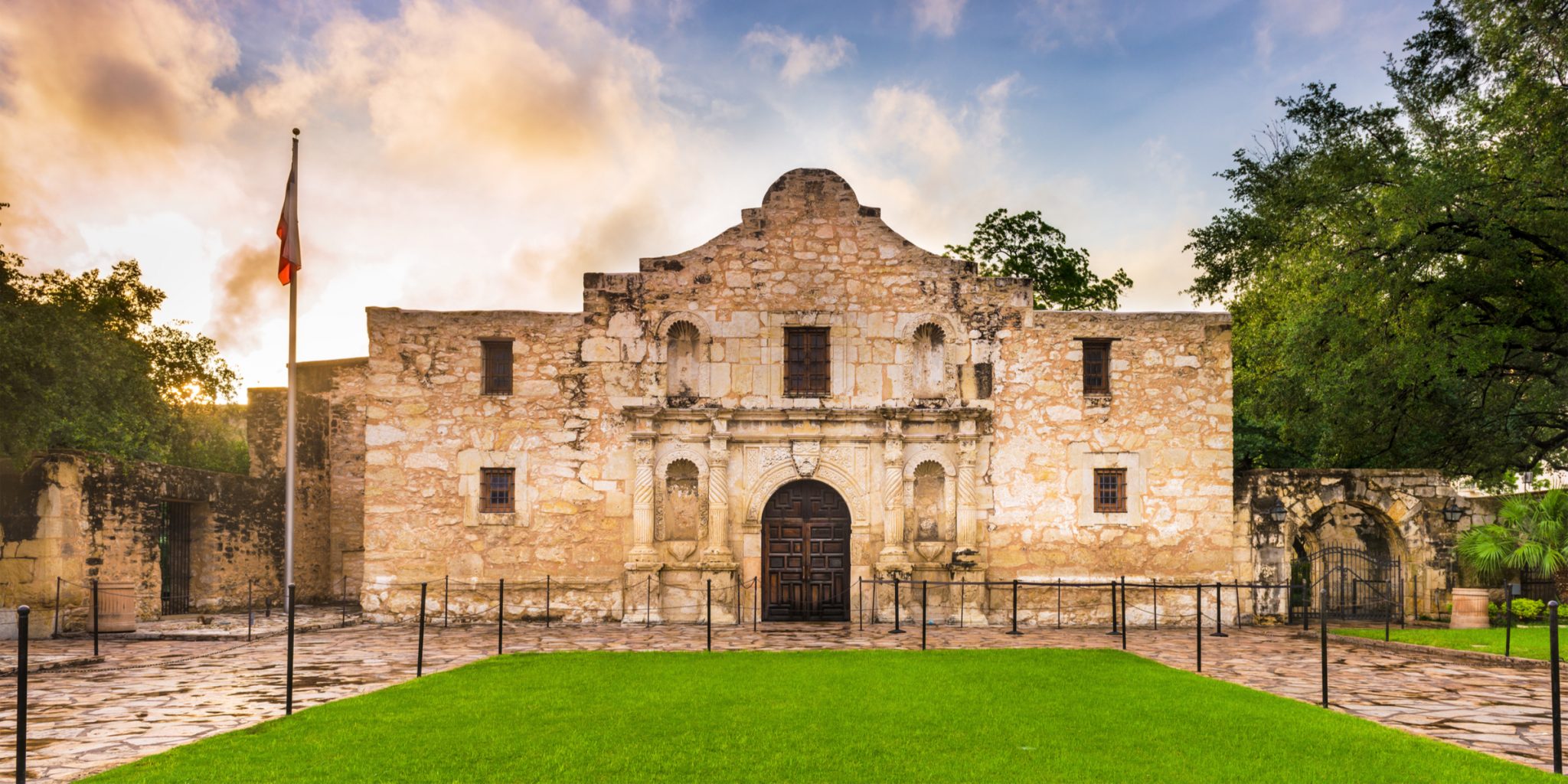 Related: Wondering Why Slavery Persisted for Almost 75 Years After the Founding of the USA? According to Lincoln, the Democrat Party's "Principled" Opposition to "Hate Speech"

• Why Does Nobody Ever Fret About Scandinavia's — Ghastly — 19th-C Slavery Conditions?

"Mexico had no slavery". They didn't need it -- they inhereted the encomienda system. A rose by any other name...

The "American" left is now entirely a branch of the International Socialist movement; utterly committed to the destruction of the all nation states, including the US (and Mexico) in submission to a single global socialist government.
Any cultural icon that does not further this narrative must be destroyed.
For them, it really is that simple; socialism is their road to power, and no trivial facts will allowed to stand in their way.

Another thing about the Zacatecas rebellion: that province was the heart of Mexico's industry at the time, and the rebels were mostly mechanics, miners, manufacturers and other technical people. Santa Anna killed most of them due to their opposing him, and by doing so, smothered the incipient Mexican industrial revolution in its cradle. It forced Mexico on a path of industrial backwardness, allowing El Norte to leave it in the dust over the next two centuries.

Appreciate this post very much, along with the comments contributions, thank you.
And thanks to Ed Driscoll for posting it so I could discover it on Instapundit.com.

As a Texan whose family came here ten years after our Revolution, thank you for spreading the word. I might mention that many nations of a Europe and the UK were represented in the men who fought and died at the Alamo.

There is a good graphic novel by Jaxon on the Revolucion:
https://www.amazon.com/Los-Tejanos-Jack-Jackson/dp/999941303X

Even in Duke Wayne's take on the battle; although it has historical holes aplenty, Chuck Roberson notes as the Mexicans advance in their (fictitious) preliminary assault, "They been 2 years puttin' down revolts in Mexico", so, yeah, everybody hated Santa Anna.

As a Texan whose family came here ten years after our Revolution, thank you for spreading the word. I might mention that many nations of a Europe and the UK were represented in the men who fought and died at the Alamo.

not to mention more than a few Mexicans.

What is even more of a shock is that Mexico brought back Santa Anna 10 times as dictator.
He was dictator of Mexico 11 times and lost every damn time.

Earlier this month I drove from Arizona to the East coast. Two of the stops we made were The Alamo and the San Jacinto battlefield monument. Since I was kid they had both captured my imagination,and I had always wanted to go to both. Standing and looking into the long barracks at the Alamo, I kind of got the same strange feeling I had when looking out over the field in Gettysburg toward the copse of trees, across which Picket made his charge; Realizing that I was standing in places where great bravery and sacrifice changed the course of human history. All through trip across the plains and dessert I was thinking of the fortitude it took for settlers to take everything they had and set out in a covered wagon, battling the terrain, weather and Indians ( Empire of the Summer moon gives a good taste of what they had to endure; savages ); the type of people we were. I’m not sure we’re still capable of such things. Maybe lives of relative ease has taken its toll. Do we remember what “Remember the Alamo” really means; Or, having no more giants to slay, do we all become little masked Don Quixotes, tilting at windmills.

Yes. Terrifying how low we have allowed it to go.

Mark said...
This comment has been removed by the author.
5:31 PM

Yes spell check is my friend