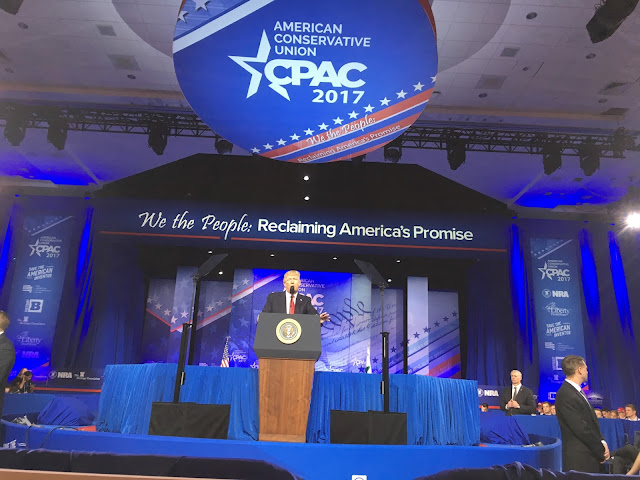 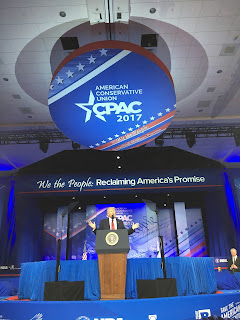 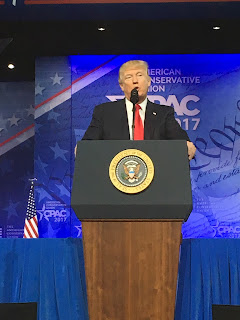 During Donald Trump's speech at CPAC, No Pasarán's webmaster sat in one of the best seats of the front row and thanks to that we can present the following photos.

That is the result when you arise for a 10:20 a.m. CPAC speech at 4:40 a.m. Another result is that when, upon arrival at the speaker's podium (at around 0:28), the President of the United States points out to a member of the audience, it is to No Pasarán's webmaster sitting in the front row who'd set up his thumbs in response (it can also be seen at Greta Van Susteren's video, at about 0:35 or on CPAC2017's Recap Video at about 2:06). 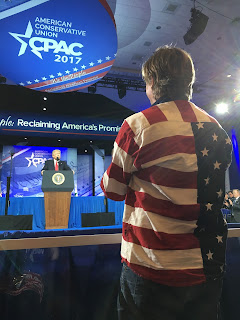 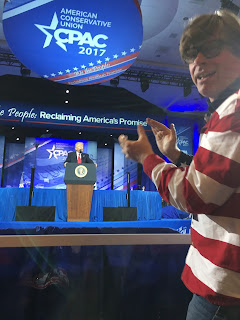 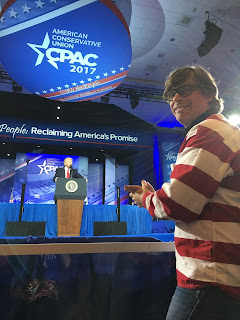