Who raped and trafficked teenage girls in Coventry? Evil "men," we are told 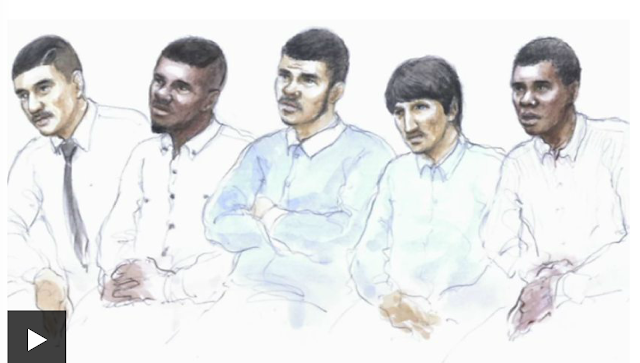 Why is it that I do not feel like I am wrong, or unfair, or racist, or guilt-ridden when (I guess that must be what I am doing) I racially profile the Five men [who] have been convicted of sexually abusing and trafficking six teenage girls in Coventry?

The "sex gang" of "evil" men treated victims "like pieces of meat," we are told by the BBC.

Ringleader Khan befriended the girls, aged 15 to 17, on social media before picking them up and forcing them to have sex, sometimes filming it.

West Midlands Police described them as "brazen, calculating and evil".

The court heard the men took the girls, some of whom were in care, to secluded areas of the city and sometimes gave them alcohol or drugs before abusing and trafficking them for sex.

One girl, aged 17, said she was knocked out by one of the men and came round to see them watching a video of herself being raped while she was unconscious.

[Detective Chief Inspector] Ian Green said Khan came to the attention of police in March when he was a mutual "friend" on the accounts of several vulnerable young girls in the city.

The girls identified the other men and a "comprehensive investigation" was started.

"It was the brazen nature of their offending that they actually thought they were untouchable and these girls wouldn't report it through fear," Mr Green said.

I wonder why on Earth these men might have thought they were untouchable?!
Posted by Erik at 10:00