When conservatives appeal to the Bible, we hear the inevitable “you can’t impose your morality on other people”; but social critics are quick to (mis)quote the Bible when they can make it seem to support their quirky political views

Twitchy's Brett T deadpans that ABC News political analyst [is] shocked that Christians didn’t treasure his gift of politicizing the holiday (thanks to Ed Driscoll).


Why would Christians be uncivil to ABC News’ chief political analyst on Christmas Eve, of all days? It’s impossible to know for sure, but his contribution to the holiday might have something to do with it. 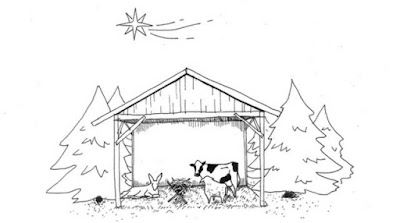 Ah, the gift of politicization that absolutely no one asked for! Just chuck that over in the pile with the “Joseph and Mary were homeless” lectures from Hillary Clinton and Al Gore and Jesse Jackson and …

Every Christmas, liberals who despise the Bible and the message of the Bible try to find something from the Bible in an attempt to advance some liberal cause based on the Bible


the Bible when it addresses same-sex sexuality/marriage and killing of unborn children).

As usual, they get it wrong, similar to the way they get the Bible’s “my brother’s keeper” message wrong.

At first, the Christmas story became a political message about homelessness. Then liberals claimed that when Mary and Joseph could not find a room in Bethlehem – you guessed it – it’s just like today’s refugee problem. Never let a contrived Bible story go to waste.

The problem with the refugee analogy is that Joseph was not a foreigner seeking refuge from his homeland since he was from Bethlehem, the place of his birth. He was a citizen of Israel. As we’ll see, the existing government was oppressing people. In this case, through taxes.

The latest claim has been made by ABC News chief political analyst Matthew Dowd who tweeted the following:


“Let us remember today 2 immigrants, a man and his very pregnant wife, sought shelter & were turned away by many. She gave birth in a manger.”

… You can’t be an immigrant in your own country.

Jesse Jackson was the first liberal to turn Christmas into a political propaganda piece. It was in the December 26, 1988, issue if Jet Magazine. The title of the article was “Jesse Jackson Tells the Real Meaning of Christmas.”

He made the same claim in 1991 when George H. W. Bush was president. He repeated his “homeless couple” theme at the 1992 Democratic National Convention

Barbara Reynolds, a former columnist for USA Today, scolded the “Christian Right” for opposing government welfare programs by appealing to the birth narrative of the Bible: “They should recall,” she writes, “that Jesus Christ was born homeless to a teen who was pregnant before she was married.”

Rev. William Sterrett told The Providence (RI) Journal that the true Christmas story is about the poor and needy. “We have a very clear picture about the whole thing,” Sterrett said. “But the truth is Mary and Joseph were homeless. She gave birth to Jesus in a barn. This image captures the essence of a Christmas story because you cannot get any poorer than that.” There’s no evidence that Jesus was born in a barn.

Pat Nichols, writing for The Berkshire Eagle (Pittsfield, MA), concludes, “At the core, the story of Christmas is about a homeless couple about to have a baby. It is a story about poverty that most of us never experience, people with little more than they carry on their backs and a donkey to provide transportation.”5

Have these people ever read the Bible? The Christmas story is set during a time of government control, high taxation, and political oppression (what we would be getting more of if Hillary had been elected in 2016).

… Politicians and social critics are quick to quote and misquote the Bible when they can twist its message to support their quirky and dangerous political views.

When conservatives appeal to the Bible, we hear the inevitable “separation of church and state,” “you can’t impose your morality on other people,” “religion and politics don’t mix.” But they are quick to impose their distorted view of biblical morality on the rest of us through the power of civil government.

The Advent story, in addition to being a demonstration of God’s love toward sinners, is also about how taxes hurt the poor and government decrees can turn productive families into the disenfranchised by enacting and enforcing counterproductive laws.