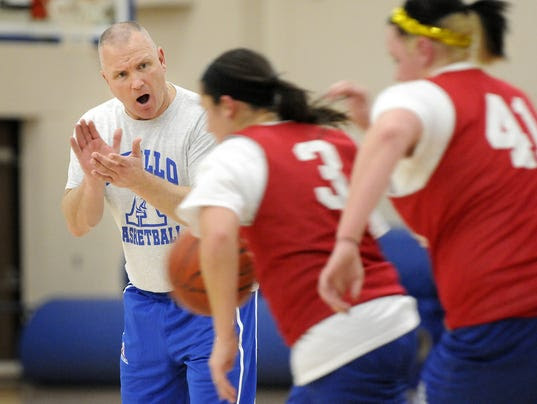 Haven't we heard regular reports about how, when a scandal envelops a politician who is a Republican, his party is mentioned immediately — and prominently — while, when a scandal hits a politician who is a Democrat, his party is either never mentioned at all or only, in passing, towards the end of the report — if the scandal, small or large (see IRS and email controversy), isn't ignored altogether.

Instapundit's Ed Driscoll has a current example of the “name that party” game:

Head over to USA Today for another case in point:

In the front-page article (or at least the main online home page article) on background checks for teachers or the lack thereof, we find what in the writer's view is a good politician and what is a bad politician. First, Steve Reilly describes the good politician:


A bill first introduced by former Florida Congressman Adam Putnam in 2007 would have required the U.S. Department of Education to develop a database of teachers found to have engaged in sexual misconduct and make that information available to the public.

… Putnam's legislation failed to grain traction, but advocacy and education policy groups have continued to push for a more reliable way to share information between states.


Concerns by anti-federalist lawmakers have prevented the legislation from moving forward. Opponents included Sen. Lamar Alexander, R-Tenn., who said during floor debate in April 2014 that he opposed the bill because responsibility for checking the backgrounds of teachers should be local.

“If we want safe schools, that is the job of parents, communities, school boards and states,” Alexander said. “It is not a duty to be bucked upstairs to the Senate and the Department of Education.”

The bad politician is (immediately) named as a Republican.

(Both men, need less to say, have good points, and whether you agree with one or with the other — or with both or with neither — is beside the point; what matters is which man, from USA Today's perspective, has the compassionate viewpoint — protect the children — and which man has no compassion but is finicky if not crazed and hateful.)

Although all other politicians in the story were duly identified ("the Protecting Students from Sexual and Violent Predators Act was championed by U.S. Sens. Pat Toomey, R-Pa., and Joe Manchin, D-W.Va"), the good politician's party is never named.

So what we have is "Sen. Lamar Alexander, R-Tenn." (bad guy) vs. former "Florida Congressman Adam Putnam" (good guy).

How much do you want to bet that the good politician (Putnam) is not a Democrat (or he would have been immediately identified as such)?

You would win a lot, you know… 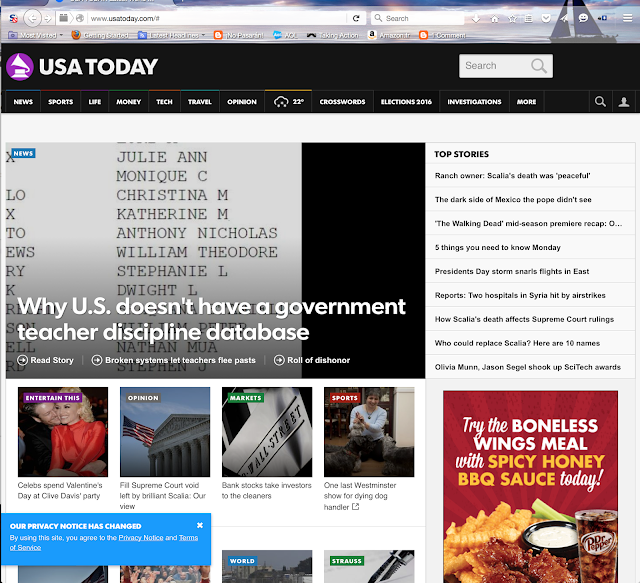 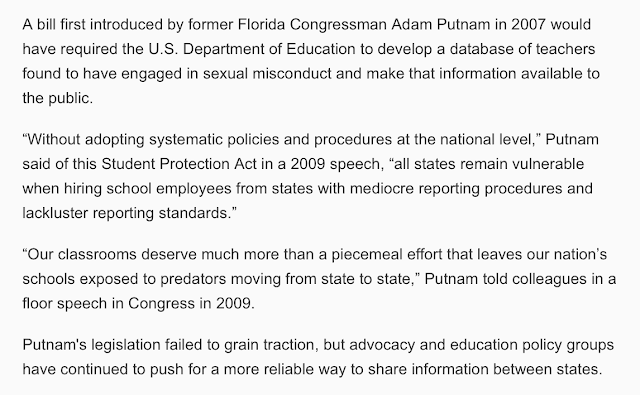