Disappointing as it may be to Anglo-Saxons, the French do not sit around shooting the breeze about Derrida, Barthes, and Foucault in the Café de Flore 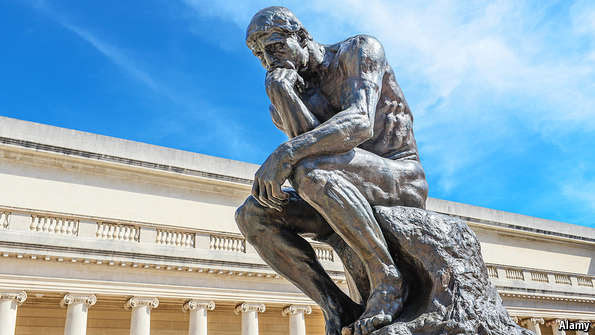 France is arguably the world’s most self-consciously intellectual country. Public thinkers are cherished like national treasures, given airtime on television and column inches in Le Monde. Their counsel is even heeded. Bernard-Henri Lévy, a contemporary philosopher with an outsized reputation, is credited with a role in persuading Nicolas Sarkozy, a former French president, to intervene in Libya in 2011. As a younger French generation discovered to their defiant delight at a mass march in Paris after the terrorist attacks on Charlie Hebdo in January, French thought is not only about dry stuff to be found in philosophy textbooks; it is a central part 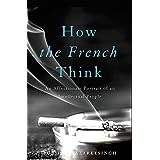 of their national identity.

… Mr Hazareesingh’s main purpose is to examine how, rather than what, the French think: the framework, codes and reasoning that have marked the country’s intellectual expression over the past four centuries.

The author distinguishes five elements to French thinking. The first is the way history is used to structure reasoning, through concepts such as rupture, revolution and progress. Second is the fixation with the nation and collective identity, Mr de Villepin’s rhetoric being a fine example. Third is the intensity of public debate about ideas (“We gossip, we quarrel, we expend our energy in words; we use strong language, and fly into great rages over the smallest of subjects,” wrote Jules Michelet, a French historian, in 1846). Fourth is the importance of the public intellectual as a vehicle for disseminating such ideas. Finally, there is the interplay between rational order and the creative imagination.

In response to an Economist book review about Sudhir Hazareesingh's How the French Think (An Affectionate Portrait of an Intellectual People), Paul Tracy writes that


Your review of a book on French intellectualism asks what is it about the French that makes them speak and think like this (“They think, therefore they are”, June 13th)? The answer is that they don’t. Disappointing as it may be to Anglo-Saxons, the French do not sit around shooting the breeze about Derrida, Barthes and Foucault in the Café de Flore. Most of them have never heard of these luminaries. They do not even have any time for Thomas Piketty. Just because such names are dropped by the media-politico microcosm do not assume that anyone pays any attention. That is what is called here: prendre ses désirs pour des réalités.

It is hard to see what intellectual content there was in the Charlie Hebdo mass march in January. And if one seeks “rupture”, artistic or otherwise, 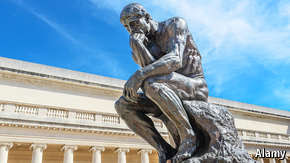 what difference is there between the Nouvelle Vague and Britain’s rebellious cinema of the early 1960s or Italy’s of the 1950s? Or between François Mitterrand’s emptying of his new Socialist Party of all intellectual content in the 1980s, and Tony Blair’s similar exercise with Labour in the 1990s? I was in France in 1968: it was fun but there wasn’t much that was intellectual about it.

Anglo-Saxons might understand the French better if they accept that they get up every day to worry about jobs, money and kids, just like everyone else, not “rupture, revolution and progress”.