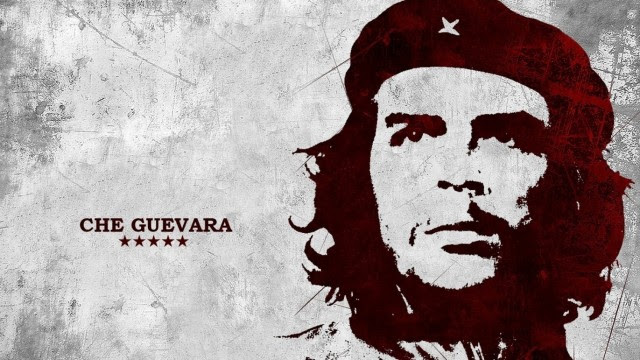 Thanks to The Libertarian, we have proof of why Che Guevara is praised to such heights by the left (gracias por Instapundit).


Che was no innocent freedom fighter.  Known as ‘the Butcher of La Cabaña’, Che Guevara is known to have ordered the execution of several hundred people he suspected of betraying his communist ideology.  Often, he would have his soldiers and commanders shot without trial, in numerous cases performing the executions himself.   After successfully taking over Cuba, Guevara proceeded to order the imprisonment of gay men, sought the execution of all political dissidents, severely restricted the press, tried to ban rock and roll music, and drove the Cuban economy into the ground.  In his youth, he was even known by many of his friends to be an incurable racist, and rarely bathed.  In response to Che’s entirely undeserved popularity among anti-establishment youth in the UK and around the world, many organisations have begun to put up posters with select quotes from the guerrilla fighter, titled, “Can You Tell Who Said What?: Che Guevara or Adolf Hitler.”  All the quotes, selected for their brutality, are from Guevara.

Following in that vein, here are ten of the most revolting quotes from every university student’s favourite ‘freedom fighter’, Che Guevara:

Che Guevara
1)      “Youth must refrain from ungrateful questioning of governmental mandates.  Instead, they must dedicate themselves to study, work and military service.”

2)      “Youth should learn to think and act as a mass.  It is criminal to think as individuals!”
3)      “The victory of Socialism is well worth millions of atomic victims!”
4)      “We must do away with all newspapers.  A revolution cannot be accomplished with freedom of the press.”
5)      “To send men to the firing squad, judicial proof is unnecessary.  These procedures are an archaic bourgeois detail.  This is a revolution!  And a revolutionary must become a cold killing machine motivated by pure hate.”
6)      “Hatred is the central element of our struggle!  Hatred so violent that it propels a human being beyond his natural limitations, making him a violent and cold-blooded killing machine.  Our soldiers must be thus.”
7)      “The blacks, those magnificent examples of the African race who have conserved their racial purity by a lack of affinity with washing, have seen their patch invaded by a different kind of slave: The Portugese.”
8)      “The black is indolent and fanciful, he spends his money on frivolity and drink; the European comes from a tradition of working and saving which follows him to this corner of America and drives him to get ahead.”
9)      “I fired a .32 caliber bullet into the right hemisphere of his brain which came out through his left temple.  He moaned for a few moments, then died.”
10)   “I’d like to confess, Papa, at that moment I discovered that I really like killing.”