卐mas Caroling: The Extremes Hitler Wanted to Go To in Order to Replace Christianity with the "Religion" of National Socialism

You undoubtedly know the rumor — commonly accepted as uncontroversial truth — that while Soviet tyranny was atheistic, its German equivalent was based on such traditional aspects of capitalist society as traditional religion (a rumor undoubtedly nourished — and that, entirely plausibly, it must be admitted — by Nazism's persecution of the Jewish minority). (Aktualisierung: Danke für den Link, Instapundit.)

The alleged link between Christianity and Nazism is quickly debunked by a few seconds' thought. 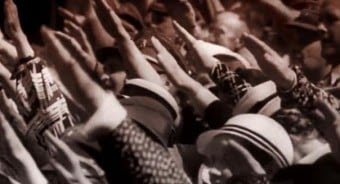 Think about it, indeed: how many times, in how many World War II books, in how many documentaries with 1940s footage, have you seen pictures — whether fake poses deliberately prepared for propaganda purposes or simply "innocent", matter-of-fact news shots — of Adolf Hitler or any high-level Nazi official in silent (Christian or other) prayer?  Hands joined and/or eyes closed with head down?

How many times have you seen photos of Hitler, Himmler, Göring, Goebbels, or any SS member seated in a pew or even simply appearing inside a church?

That's right, it's like snapshots, or films, of ostriches sticking their necks in the sand: there ain't any.

Pictures of Nazis honoring traditional religion and religious traditions simply do not seem to exist.

(Unless, of course, the presence of the high-level Nazi inside or in front of a given church has nothing to do with religion per se.  For instance, there may exist photos of der Führer in front of the Sacré-Cœur cathedral — just like when he poses at the Trocadéro with the Eiffel Tower in the background — but that is as a tourist visiting a foreign capital or, rather, as a war leader visiting a defeated city.)

Now, should the need for more confirmation really exist, we have the 75 Years Ago section of the International Herald Tribune.

It is edifying — to say the least.

1937 — ‘Neo-Pagans’ Target Carols
BERLIN — De-Christianization of famous German Christmas hymns, such as “Silent Night, Holy Night,” is the outstanding contribution to the current holiday season of the rapidly spreading German faith movement or “religion” of National Socialism. In the new versions of the old songs reference to Nazi tenets of race, blood and soil replace familiar words concerning Christ, Child and the like. The accepted English translation of Mohr’s “Silent Night,” stanza three lines two and three is: “The Son of God loves pure light, radiant beams from thy Holy faith.” Equivalent lines in the Nazified version are “German blood, O how laugh the lips of thy children, blessed with joy.”

Of course, another reason a Nazi leader might meet with a religious leader might be for reasons of diplomacy with an ally — but again, no pictures seem to exist with any Catholic priest or Protestant preacher, German or foreign.

As it happens, this photo and this video seem to show the only time Adolf Hitler has met any religious leader of note.

Update: Adolf Hitler in Religious Surroundings: Is There Really Evidence That the Führer Was a Christian? — an in-depth, dispassionate look at the evidence brought by a couple of commenters claiming that Christianity was an integral part of Nazism…

Update 2: Worshipping Little Else But the Aryan Race, Hitler Abhorred the Christian Faith and Wanted to Replace Christmas with the Pagans' Yule 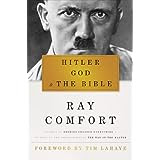 • Ray Comfort, whose “Hitler, God and the Bible” points out Hitler devised a master strategy to crush all Christian churches, explains that it would be either ignorant or disingenuous to call Hitler a Christian:

In a special Christian Broadcasting Network program, Comfort cites the head of Hitler Youth, Boldur von Schirach, who said, “Destruction of Christianity was explicitly recognized as a purpose of the National Socialist Movement.”

… The CBN program explains how Hitler put on a religious, even Christian, façade, until he became powerful.

… But later one of his inner circle acknowledged: “I’m absolutely clear in my own mind, and I think I can speak for the Fuhrer as well, that both the Catholic and Protestant churches will vanish from the life of our people.” 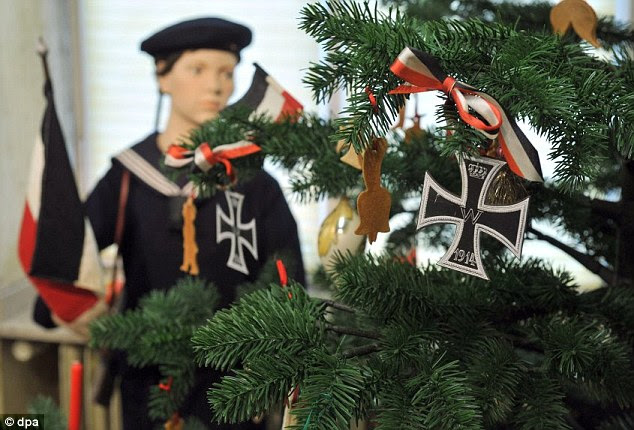 
… the way Christmas was used by the atheist Nazis, who tried to turn it into a pagan winter solstice celebration.

… 'Christmas was a provocation for the Nazis - after all, the baby Jesus was a Jewish child,' Judith Breuer told the German newspaper Spiegel. 'The most important celebration in the year didn't fit with their racist beliefs so they had to react, by trying to make it less Christian.'

The Nazis attempted to persuade housewives to bake cookies in the shape of swastikas, and they replaced the Christian figure of Saint Nicholas, who traditionally brings German children treats on December 6, with the Norse god Odin.

The symbol that posed a particular problem for the Nazis was the star, which traditionally decorates Christmas trees.

… The is a legacy of the Nazi Christmas. The wartime version of the traditional Christmas carol 'Unto us a time has come' is still sung. 'The Nazis took out the references to Jesus and made it into a song about walking through the snow,' Breuer said.

Surprisingly, German churches put up little opposition to the Nazification of Christmas. 'You would have expected them to protest loudly and insist that it was a Christian festival,' said Breuer. 'But instead they largely kept quiet, out of fear.' 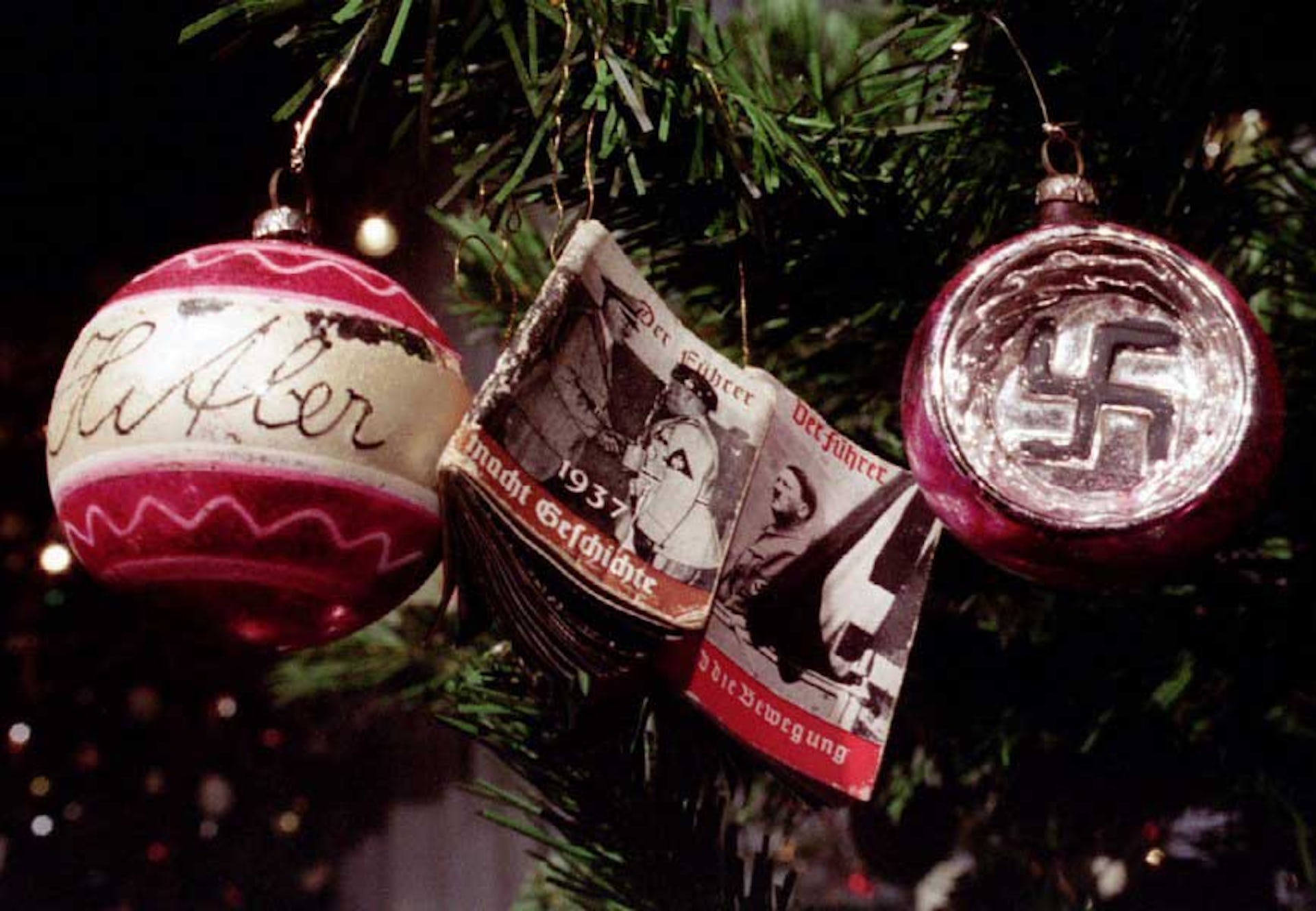 Update 4: "Out With Jesus" — During His 12 Years in Power, Hitler Tried to Ban the Tradition of Christmas
Posted by Erik at 03:48