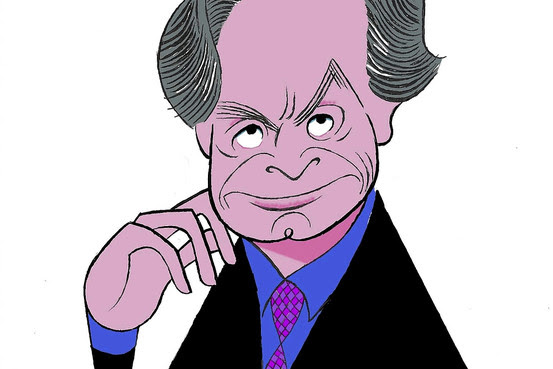 Guy Sorman is an oddity—some might say a walking contradiction


The French economist and writer has for decades championed free markets in the birthplace of dirigisme. He is a man of the right who is guardedly upbeat about France's future under the first Socialist president in 20 years. And he's decidedly positive on the euro and the European Union.

…In maintaining that the euro didn't cause the European crisis, Mr. Sorman echoes other conservative economists. Blame instead overextended welfare states that rang up huge debts, he says, and then the Keynesian stimulus spending after the 2008 global meltdown that added to the burden. Now, hard fiscal adjustments are finally being carried out across Europe. Deregulation in these troubled countries would be nice, too, he adds.

… Doomsday scenarios also overlook differences among EU states. The Berlin Wall was replaced by a sort of sunshine curtain that separates a healthy, growing north from the basket cases of Club Med. Visit Berlin, booming Warsaw or the Estonian capital of Tallinn to escape the 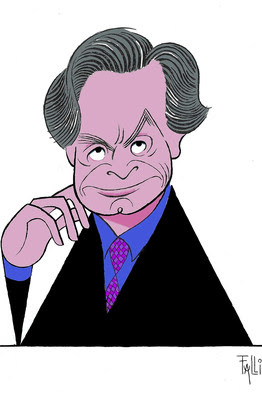 depressed mood of Paris. "I think you'll have a European revival coming from Poland, the Baltic States and Finland" says Mr. Sorman. "Just look at what they've achieved."

… Mr. Sorman's case for the EU boils down to something you hear often from an Italian, or a Belgian and other citizens of ill-governed EU states and almost never from, say, a Dane or an Englishman. "Only Europe can protect the French from the French," he says. "If we weren't part of Europe, imagine our electricity bill or our phone bill. We might not even have the Internet."


This cri du coeur pour l'Europe comes three months into Mr. Hollande's presidential term. The men know each other well. In the mid-1980s, during a brief spell as a journalist at the now defunct Le Matin de Paris, the Socialist party operative attacked Mr. Sorman's essays on economic liberalism. At the time Mr. Sorman was a rare French defender of Reagan.
Three years ago, on a television talk show, the future French president suggested that Mr. Sorman take his liberal economic ideas and himself out of France. "This was a kind of anti-Semitic, bourgeois attack," says Mr. Sorman, who is Jewish. He says Mr. Hollande afterward told him he went too far and apologized, "and I said, 'I don't know if you went too far, but it does express your deep conviction.'"

"For me," he adds, "Mr. Hollande is quite the conservative bourgeois type of provincial France—the people who hate money, who hate capitalism, who hate business. They think all these ideas are quite foreign to French culture and French genius." Much of the French right has also stayed faithful to what's called "a certain idea of France." From Charles de Gaulle on, presidents have glorified the small shopkeeper and kept their distance from more cosmopolitan CEOs of multinationals.

… The early signs in France aren't encouraging for the small band of free marketers. In addition to various planned tax increases, the new government has proposed to protect industry and resisted spending cuts.

Yet Mr. Hollande's promise to bring the budget deficit to 3% next year from 4.5% to meet the euro-zone fiscal rules shows that the government knows it has to keep financial markets happy. His falling poll numbers reflect growing economic anxiety that might force his hand. The economy is spiraling down so fast, says Mr. Sorman, that France will be forced "to revert to free-market solutions." This is his other optimistic scenario.

"It's very rare that a nation chooses decline," he continues. "I don't think the French will choose decline. It's a young nation with many young people who want to find work."
De Gaulle had a famous line about the impossibility of governing a country with "246 different kinds of cheese." Mr. Sorman sees it differently. "The problem," he says, "is not the number of cheeses. The problem is the false consensus propagated by the chattering classes that the ruling government elite knows best what is good for the country, that the genius of France is to be ruled from above by a clairvoyant state bureaucracy, that the free market does not belong to French history—and if you are against this you are a traitor."