For its 20th anniversary, the monthly Entrevue is publishing a special issue

including the photo of the bullet-riddled body of Mohamed Merah, uncensored in the pages of its magazine unlike the blurred photo appearing on its website and linked by the Jean-Marc Morandini and the No Pasarán blogs.

A slightly less blurry photo (warning: (somewhat) graphic content) appears above Antoine Agletiner's Entrevue editorial defending the photo's publication: notice that, with the numerous bullet holes in Mohamed's jeans, it seems that the police tried to focus their shots on his legs and were thus attempting to take him alive. 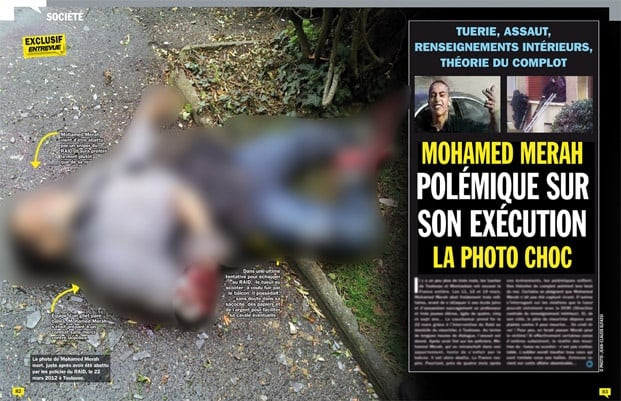