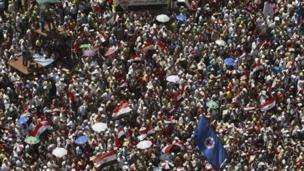 Not understanding Arabic, I may be slightly wrong in what I am about to say, but it is a certainty that the BBC, or the BBC's interpreter, is leaving out many parts of newly-elected President Mohammed Mursi's speech currently being given (at the time of the posting of this post) in Cairo, and notably, the London-based MSM member is cutting out most of speech's (numerous) references to Allah. [Update: "This broadcast has now ended" and an updated article has now appeared, with no more notice made of Mursi's ubiquitous usage of the word "Allah" (or "God") then during the translation of the live broadcast.]

In one sentence after another, you keep hearing the word "Allah" (often numerous times) in the Islamist Muslim Brotherhood member's speech — a rousing speech with the Tahrir Square crowd responding, with chants and slogans, as one — but the name of the Divine, or "God", is among the many parts that the BBC is not translating. 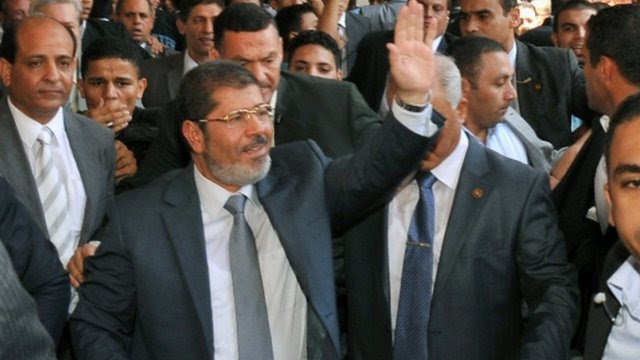