From the All-the-news-that's-fit-to-print media, Sindya Bhanoo's New York Times story praising (or at least in awe of) the latest technological "breakthrough" and the latest socialist improvement of society — one in which patients get to see their doctors far less (but that's not necessary, of course, and it's all good for society, don't you see, for the common good) — and explaining in how many myriads of ways the United States would benefit from adopting the system (oh, what a headache those 50 different states are) or from adopting one like it: 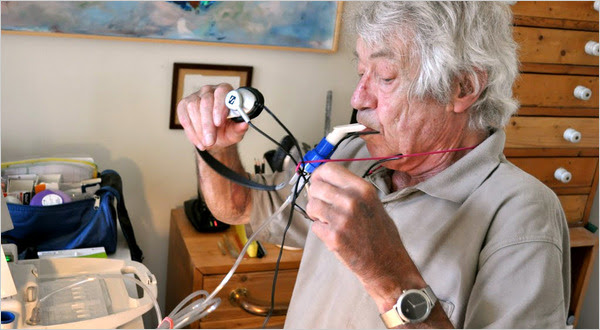 Now, however, [Jens Danstrup] can go to the doctor without leaving home, using some simple medical devices and a notebook computer with a Web camera. He takes his own weekly medical readings, which are sent to his doctor via a Bluetooth connection and automatically logged into an electronic record.

[The 77-year-old retired architect] clipped an electronic pulse reader to his finger. It logged his reading and sent it to his doctor. Mr. Danstrup can also look up his personal health record online. His prescriptions are paperless — his doctors enters them electronically, and any pharmacy in the country can pull them up. Any time he wants to get in touch with his primary care doctor, he sends an e-mail message.

All of this is possible because Mr. Danstrup lives in Denmark, a country that began embracing electronic health records and other health care information technology a decade ago. Today, virtually all primary care physicians and nearly half of the hospitals use electronic records, and officials are trying to encourage more “telemedicine” projects … [After all, several studies] conclude that the Danish information system is the most efficient in the world, saving doctors an average of 50 minutes a day in administrative work 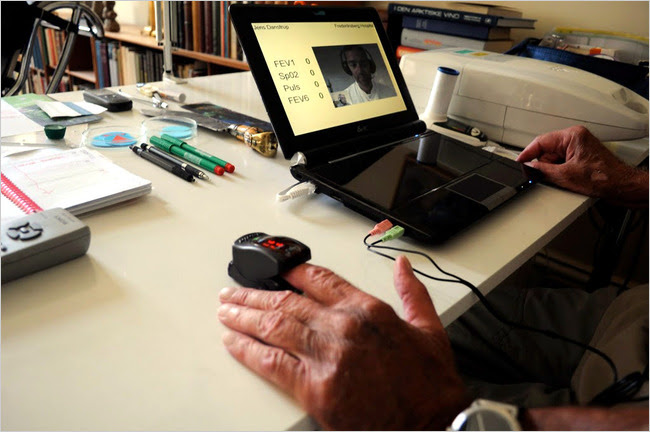 It all sounds impressive, and certainly I don't mean to say (or to suggest) it's uniformly bad, but you have to admit that it is especially impressive if you are someone who doesn't care for a personal encounter relationship with, not your local Domino's manager, but your, er, primary health provider. But I suppose that doesn't mean that the brave new world is all negative and who knows, I may be somewhat cynical. Still; are you ready for the money quote?

“You see how easy it is for me?” Mr. Danstrup said, sitting at his desk while video chatting with his nurse at Frederiksberg University Hospital, a mile away. “Instead of wasting the day at the hospital?”

Wasting the day at the hospital. Now isn't that the type of thing that we clueless conservatives have been warning about all along?! Instead, say the Europeans, we'll try to get you — insofar as possible — to save your time and the doctors', and stop seeing any doctors at all…

Now policy makers in the United States are studying Denmark’s system to see whether its successes can be replicated as part of the overhaul of the health system making its way through Congress. Dr. David Blumenthal, a professor of health care policy at Harvard Medical School who was named by President Obama as national coordinator of health information technology, has said the United States is “well behind” Denmark and its Scandinavian neighbors, Sweden and Norway, in the use of electronic health records.