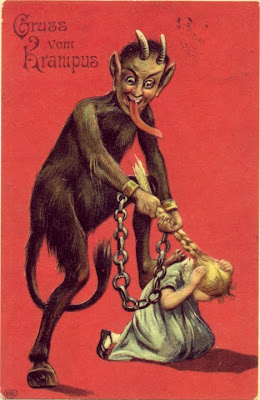 From those who are never ever responsible for anything (sometimes literally, sometimes figuratively):

European Union leaders on Tuesday sought to deflect criticism that they had fumbled their strategy at the Copenhagen climate summit meeting, just as a feud between the British and the Chinese over whom to blame for the outcome worsened.

Andreas Carlgren, the environment minister of Sweden, the country holding the rotating E.U. presidency, said that the summit meeting had been a "great failure" partly because other nations had rejected targets and a timetable for the rest of the world to sign on to binding emissions reductions.

The E.U. went into the conference with a strategy of leading by example on emissions cuts, but has been widely criticized by industry and environmental groups for not marshalling other nations to follow and for ending up sidelined at the summit meeting.

"It was obvious that the United States and China didn't want more than we achieved at Copenhagen,” Mr. Carlgren said at a news conference in Brussels.

The obstacles created by those countries were "part of what we regretted," he said.

We seem to recall something about Europe wanting to be the "leaders" of green-everything? To my brothers and sisters in Brussels, here is your chance. No need to fret over the great failure, show everyone else on Gaia how it can be done. Just talk?

What's that? European-only leadership on greendom would put Euro-industry at a global disadvantage? How so, we seem to recall something about transitioning to green-jobs and green-economies being sure-fire money-makers. Europe will be that much further ahead of all the other economies, right? Just talk?

Philippe de Buck, the director general of BusinessEurope, a powerful lobby group, suggested over the weekend that industries based in Europe would increasingly move their operations to less regulated parts of the world as a result of the weak accord struck in Copenhagen.

We seem to recall something about Europe being so far advanced and nuanced about the brotherhood of man and beyond such seedy things like money and profits. Just talk?
Posted by Georges at 11:11