Intel on Tuesday posted a second-quarter loss of $398 million, stung by a fine imposed by the European Union, but the chipmaker is optimistic about the second half of the year as it beat analyst estimates. 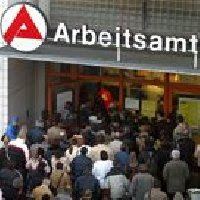 In the slaughterhouse environment that’s taking place in equities, Intel, by some miracle, actually earned some money. They would actually be able to have something to show for it (as opposed to just nearly breaking even) were it not for the EU and Neelie “if it ain’t bolted down, it’s ours’” Kroes.

The loss of 7 cents a share compares with a profit of $1.6 billion, or 28 cents a share, reported a year ago. Without the $1.45 billion EU fine, Intel had a profit of $1 billion, or 18 cents per share. Analysts had expected a profit of 8 cents per share.
"Intel's second-quarter results reflect improving conditions in the PC market segment with our strongest first- to second-quarter growth since 1988 and a clear expectation for a seasonally stronger second half," said Paul Otellini, Intel CEO in a statement.

Those earnings, by the way have nearly nothing to do with the Eurozone, which is first large economy worldwide on the cusp of experiencing deflation. They’re innovators, I tell ya!

Compulsion actually seems to be the EU’s notion of what it means to do well – not to encourage people who actually manufacture goods on their patch to sell the right product at the right price. Hell, they might actually clear enough of a profit to hire a few Europeans, if that makes any sense to the economic oafs in Brussels. I suppose the idea is to have as much control as possible in a dirigistic unfree market, and to mark your own as the winners. Win-win: you can “help” your economy, and shake it down at the same time.
Posted by Joe at 14:53