Critics have charged Berlin’s Center for Research on Anti-Semitism with, in effect,

“There are hundreds of phobias,” he quotes Henryk Broder as saying, challenging the pertinence of the comparison between anti-Semitism and an allegedly new form of kindred prejudice: “Islamophobia.”

These [phobias] include such highly original ones as “alliumphobia” — the fear of garlic; “babushkaphobia” — women’s fears or aversion vis-à-vis their grandmothers; “eurotophobia” — the fear of female genitalia; and “glucodermaphobia” — fear of the film that forms on warm milk when it is left standing for too long. Persons who suffer from phobias avoid what they fear. They don’t take the elevator, don’t go out onto public spaces, and steer clear of reptiles. An anti-Semite, on the other hand, feels compelled to seek contact with the object of his aversion. Anti-Semitism is not a phobia, but rather a kind of psychotic obsession. … The director of a Center for Research on Anti-Semitism ought to know that.

To speak of mere “prejudice” in connection with [the Holocaust] represents a remarkable trivialization. … The premise of the entire exercise is thus that there is a strong substantive resemblance between anti-Semitism and “Islamophobia” that goes beyond their mere commonality as “prejudices.” The clear suggestion is that “Islamophobia” is, in effect, nothing less than the new form of anti-Semitism. 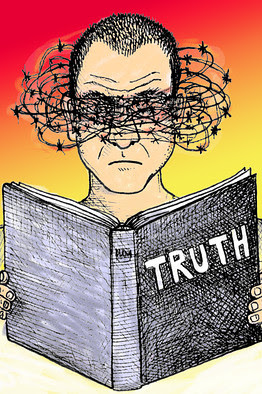 …Asked to elaborate during the panel discussion on the supposed “parallels” between contemporary “Islamophobia” and traditional anti-Semitism, [director Wolfgang] Benz pointed, for instance, to the notion that Islam “requires Muslims to make war against non-believers.” The problem with this comparison, of course, is that it is not, first or foremost, Islamophobes who have disseminated such a notion, but rather Islamists. Whether or not the Islamist interpretation of the Quran is the correct one is beside the point. Numerous Muslims around the world have been convinced that it is correct and have accordingly translated said “notion” into deadly real practice. The September 11 attacks, the Bali bombings, the Madrid bombings, the London bombings, the 11/26 Mumbai attacks, and innumerable other Islamist-inspired terror attacks in the last seven years make this abundantly obvious. To leave all of this out of account — or to treat September 11, 2001 as just some date that for no apparent reason happens to mark the rise of anti-Islamic “resentments” — is to coquette with negationism vis-à-vis Islamic extremist violence and the tens of thousands of victims it has claimed.

…It is, above all, this remarkable indifference to the reality of Islamic extremism that renders the Berlin center’s comparison of anti-Semitism and “Islamophobia” so outrageous.

Don't forget to read the last paragraph, which reports on the panel discussion that took place merely two days after the September 11 attacks in 2001, and on the "moving" words that the Berlin Center's Wolfgang Benz had to say about the attacks and their thousands of victims…
Posted by Erik at 02:35