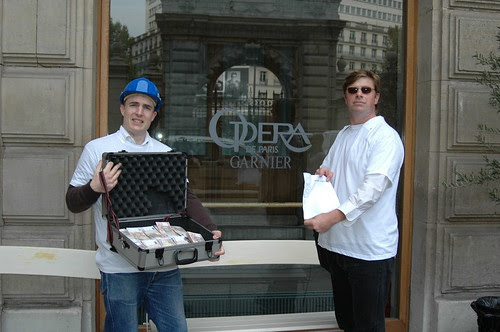 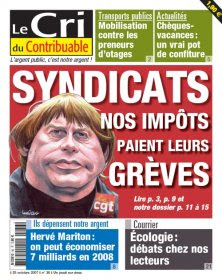 Since a country's civil servants are financed by the private sector, as are the public functionaries' (very advantageous and very lavish) "special régimes" — and as are their unions' strikes (which are aimed at said private sector)!!! — la BAF decided to spare time (and perhaps prevent the strikes in question) by bringing the taxes, i.e., the dough (in cash, natch) directly to the establishments concerned.

As Revan remarks, it seems that our admirable civil servants "like to receive other people's money for their retirement funds… Above all, however, they don't want to see it or know were it's coming from"…