Sarkozy's Early Days Under the Spotlight

A newspaper in the American South once claimed readership and reporting that covered Dixie like the dew. In the league of cynical response, that line linked up with a put-down which lives on with real universality: yeah, a mile wide, and an inch deep.

Thus does John Vinocur start his article in the International Herald Tribune about France under "a new leader who could well be called the omnipresident and who "has leapt into French life as the man who will change everything."

The hitch is that on inspection the depth of Sarkozy's convictions — or in many cases their definition — has not become clear.

The mile-wide, inch-deep label would be cruel and hasty. Still, for early days, the contradictions are already there. Examples:

… Last week, when a whiff of renewal concerning French Middle East policy was in the air - Sarkozy quite reasonably referred to Hezbollah as "terrorist" - the presidential bureaucracy reverted to form 24 hours later, reaffirming France's opposition to including Hezbollah on the European Union's list of terrorist organizations.

A day or two later, the president, who as the campaigning Sarkozy openly expressed his unwillingness to let Russia strengthen its strategic influence over Europe, was on the phone with Vladimir Putin. Gazprom had just picked Total, the French energy concern, to assist in the development of its vast Stokman gas reserves.

The deal limited Total's involvement to that of a hired hand, with Gazprom controlling 100 percent ownership of the gas the new field will produce. Much of France's requirement happily comes from non-Russian sources and nuclear power, yet the now presidential Sarkozy passed up on the occasion to express concern about a regime that uses gas and oil as a means of pressure on other EU members.

This was not a new France speaking out on what its new leader, two months earlier, said was on his mind.

Concerning the EU itself, Sarkozy's voice, rather than solely that of a nation embodying change and cooperation as its new European creed, alternately has been one of the old self-interested France, comfortable with slipping around its obligations as a team player.

Sarkozy has talked up both a European industrial policy, which decoded comes out as reflexive French protectionism, and greater political involvement in policy making at the European Central Bank, which basically boils down to a desire to bolster French competitiveness through a cheaper euro.

…So, where and when do the breadth of Sarkozy's presidential presence, his considerable double-edged language, and - based on performance so far - the legitimate questions about the variable level of his commitment to change run into political reality, and/or trouble?

Meanwhile, Bernard-Henri Lévy chimes in with a book review (although a reader complains that as "we progress through the [review's] seemingly endless Proustian sentences, it becomes increasingly difficult to tell whether Henri-Lévy is writing about Sarkozy or about another subject particularly close to his heart, namely Bernard Henri-Lévy"). In Sarkozy's Testimony ("two [French] books combined into one for publication in English"), BHL tells us, we 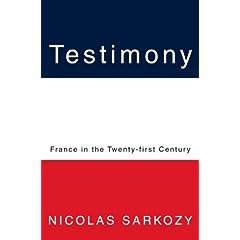 discover a young man, apparently happy, whose evident good humor seems to be a part of his political agenda. Much has been said about his postelection escapade in Malta on the ostentatious yacht of the French billionaire Vincent Bolloré, which some have called Sarkozy's first political mistake. What if it was the other way around? What if the gesture was really in keeping with the part of his project that calls for unguilting us when it comes to luxury, success and money, even at the risk of going whole hog into bad taste and kitsch? What if this young president wanted to reconcile France, if not with actual happiness, then with the signs of happiness that our puritanism, our depression and fear of glitter and success, have long discredited and suppressed? 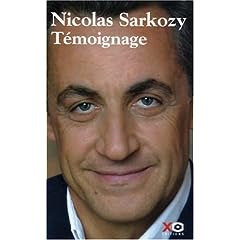 …we discover — as will Americans — the first of our presidents for whom our relationship with the rest of the world is so clearly inspired by the best result of the antitotalitarian movements of the '70s and '80s, namely a fidelity to Israel that will no longer waver in the face of "ups and downs in our interests in Arab societies"; a sensitivity to genocide and in particular to the Holocaust, that "stain on the 20th century and all of human history"; a refusal of that "cultural relativism" that would allow us to look at the Chechen drama or the fate of Chinese political prisoners differently from events happening in Europe; a true concern that human rights be respected in relationships between states, between democracies and dictatorships; and last but not least, his view of America, for which, beginning in his preface, he declares an outright and unfeigned admiration if not love, contrasting sharply with the stubborn anti-Americanism that for decades has been part of the platform of much of the French political class.

So in light of all that, why did I not vote for him? And why for the entire campaign, unlike most of my comrades in the ideological battles of the last 30 years, unlike most of my friends from the leftist anticommunist movement born during the 1970s, did I fight against this man who seems so likable? 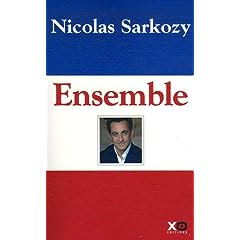 … Where would the United States be if it were not ashamed of its past of slavery, then of racism? Where would France be if — under the pretext that, as Sarkozy says, we have not "produced" a Hitler (true) or Stalin (unclear, given how much the French intelligentsia participated in the creation of the Stalinist vulgate) or Pol Pot (rather doubtful, given that Pol Pot and his men all trained in Paris, in the very cradle of human rights) — we were simply to sing together the sinister "proud to be French" refrain the new president keeps humming, which amounts to finessing, for example, the enormous anti-Semitism of the Dreyfus era, or the huge collaborationist enthusiasm of the cultural and administrative elite in the darkest Vichy years, or the practice of state-sanctioned torture in the last years of the war in Algeria?