In an effort to manage and dim the public temperament the Police lied with the help of the media. The number of cars torched on New Years’ Eve was initially stated at 301, then 396, up until the number 483 appeared somewhere. Nouvel Obs now reports it to be 683, up from 425 from 2005. 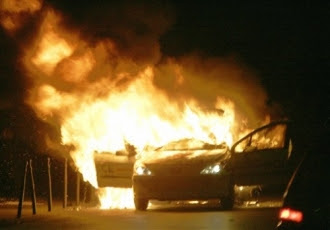