The most predictable people on earth 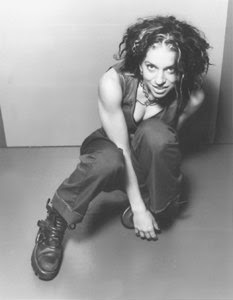 Within 90 minutes of President Bush's nominating Harvard law graduate DC Circuit Court Judge John G. Roberts, typically unctuous surrealists like Billmon start the harping. I love the last paragraph, where the Carl Rove is thrown in as an enitirely unlrelated issue for good measure. Even the cultural dinosaurs of NOW leapt to call Roberts a "radical extremist" as if NOW isn't extremist itself, and as if they would have ever howled otherwise.
Others still are feigning a small abount of reason. "Talk Left" says: it's too soon to bash Bush's nominee on this, as if they would ever concider not bashing him. "Talk Left" shows at least some awareness that the whole of the American public knows full well that the left will howl on about the world ending no matter WHO Bush proposes for the court. But it seems disingenuous, and looks more like posing than anything else:

I do not want to fall into the Administration's trap of getting so distracted by this judicial nomination that I don't pay attention to other injustices of the Administration, like the war in Iraq, the detainees, military tribunals, the potential abolition of habeas corpus in death cases, and Rove Gate, to name a few.

The Senate hearings will quite naturally turn into a circus with predictions of armageddon, because, well, that's just the way leftist are - the joy of rage is all that matters to them. It's the way they have been for decades.

Meanwhile, the rest of civilization grew and evolved. If you don't believe me, take a quick survey of these bloggers' "mood meter" at the top of each post.