The summer of 1944 was not the first time that American blood was shed off the coast of Normandy during the month of June. But the D-Day landings of World War II are generally better remembered, in America as well as in France, than the 1864 naval duel between the USS Kearsarge and the CSS Alabama.


That imbalance was slightly rectified on September 23, when a delegation from the Civil War Preservation Trust arrived in Cherbourg to unveil a plaque naming the English Channel town an historic Civil War site, the only one outside the United States. 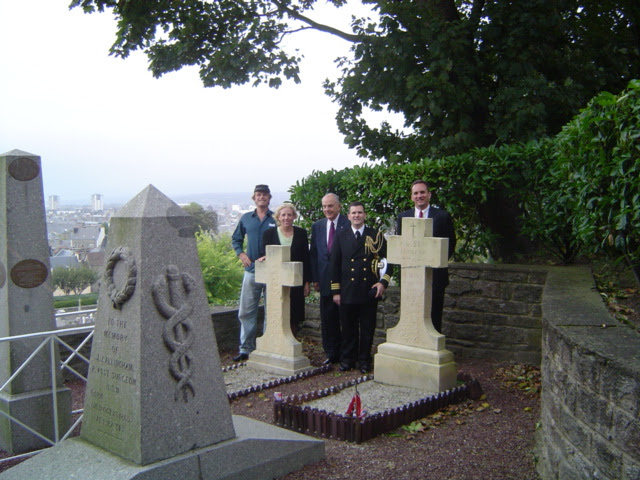 One of your webmasters; Major Linda Miller, USMC;  the US embassy's assistant naval attaché, Commander Harold E. Williams; and Oliver and Edmund Semmes (the direct descendants of Raphael Semmes, captain of the Confederate raider) visit the tombstones of three sailors who died during the June 19, 1864, battle between the Alabama and the Kearsarge