How Best to Explain the Iraq Conflict to Your French Kid?

Better yet: let a twice-monthly magazine for kids do the work for you.

That's part of what is called education in France (l'éducation nationale).

In its Discovery of the World section, Okapi number 744 (thanks to Gabriel Gonzalez for bringing this to my attention and for providing me with that particular issue of the magazine "100% ado") has a double-spread photo of an American soldier standing on a tank and brandishing an automatic rifle while on the horizon, (sabotaged?) oil wells rise in flames.

Entitled "La guerre du pétrole", the article's subhead reads as follows: "Every year, 3,5 billion tons of oil are used on Earth. That makes it the most-used commodity in the world... and also the most coveted. To gain control over this black gold, certain countries fight each other in battles without mercy. Explanations follow." 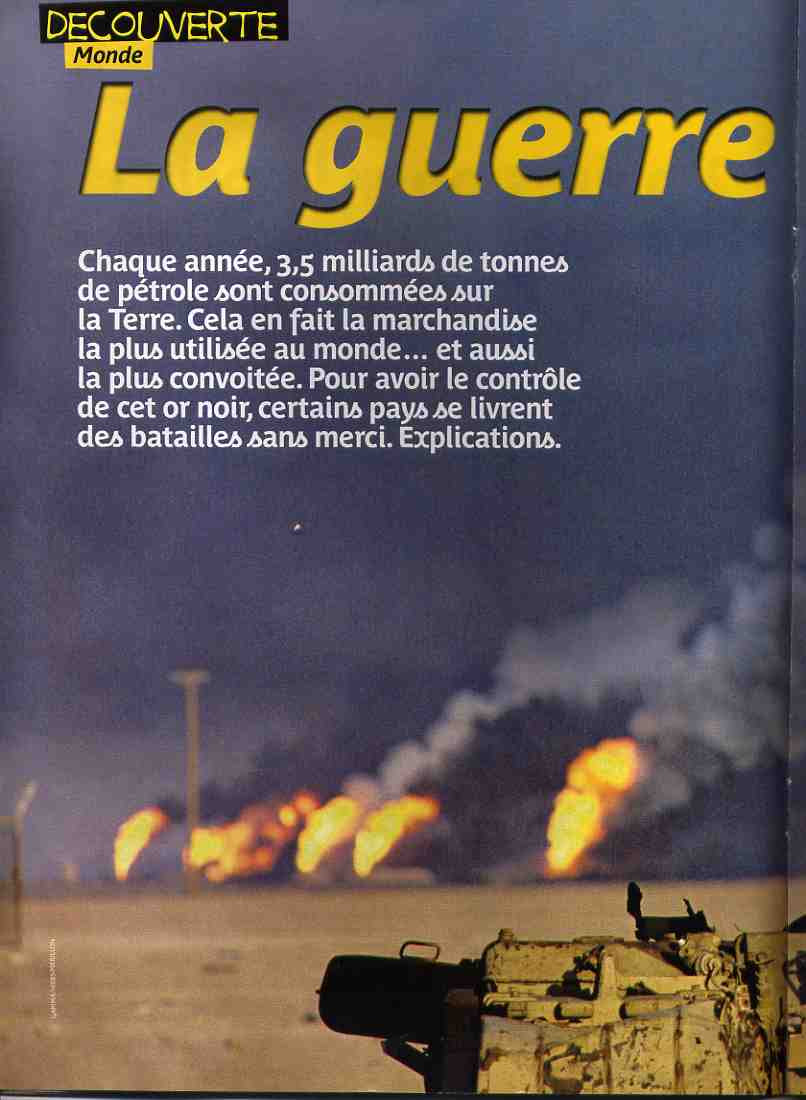 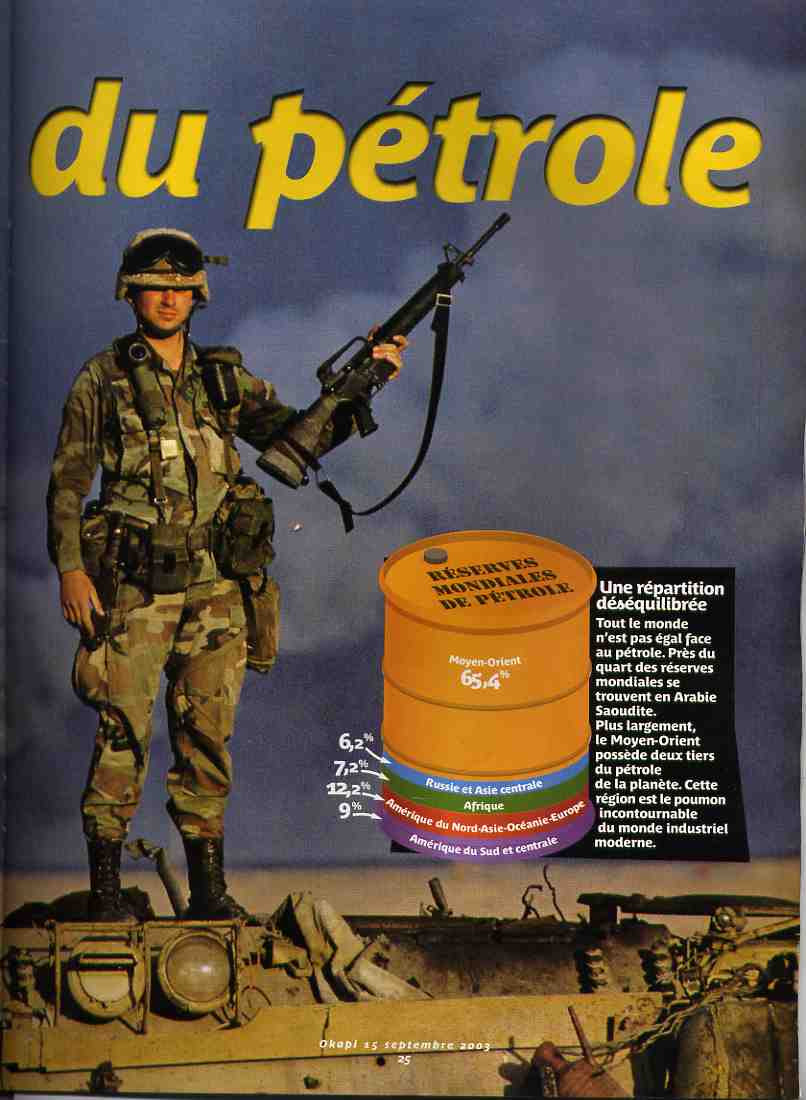 Oh, c'est génial, Okapi, merci beaucoup! Good thing the all-knowing Jean-Yves Dana will provide the explanations for this war, and inform us French kids that "certain countries" (unlike us peace-loving French) are so cruel and crazy and greedy as to kill each other, while we Frenchmen are the epitome of humanity, generosity, and the ability to reason. Everybody else in the world is base and stupid, only we are "lucides". Good thing we start getting taught these self-serving truths right away, while we are young. Good to know that we French are above all that. And what about the French government kowtowing to a mass-murdering dictator, you ask? And how about the UN graft scandal? Any articles about that? Ça va pas, non?! Nooooon, ça ce sont des situations beaucoup plus compliquées, comprenez-vous. Zose are very complicated situations, somesing that ees far too complicated for our young kids to understand.

Turning the page of the Bayard Presse publication, we come to another double spread, illustrated by a "Monsieur Mérou": "Iraq's oil at the heart of the conflict" rings the title, with this subhead speaking directly to the kids: "During the war in Iraq, one image may have shocked you: while the museums were abandoned to the looters, oil wells were protected by the soldiers. Here is why." Three reasons follow (entitled "The United States need Iraq's oil", "In the Middle East, Iraq is an important country", and "Iraq also holds large reserves still unused"), each of them followed by matter-of-fact-tone castigations of Uncle Sam in what is nearly baby talk.

Elsewhere in the magazine dated September 15, 2003, we have more information abut l'Amérique. François Descombe provides us with a view of ER, as well as the paramedics and emergency rooms that provide the TV show's content. It goes without saying that the article compares the U.S. with the French equivalents, and that the comparison (quelle surprise, les enfants!) comes out in favor of la République française.

Isn't it chouette that French kids are taught the intricacies of the world, and that in such a straightforward manner? Isn't it génial that they are made to understand how the world works? Isn't it merveilleux how they start getting, this early, a view of the legendary objectivity of their country's journalists?
Posted by Erik at 22:55