Contrary to Gallic Claims About French-Bashing, Americans Are Quite Willing to Recognize French Heroics 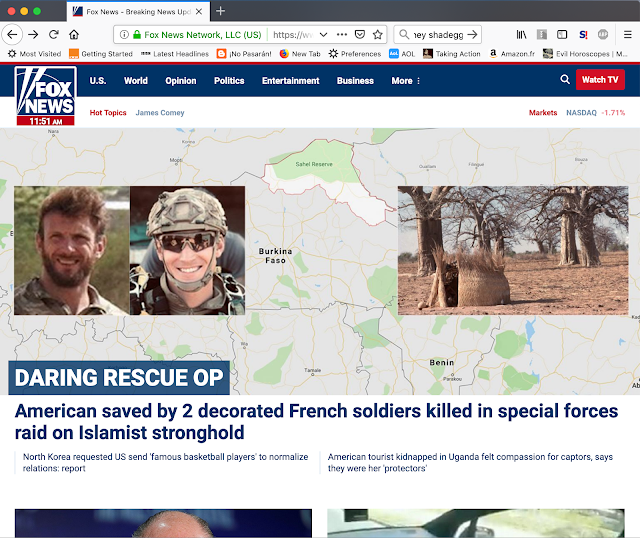 An American citizen is among a group of four hostages who have been freed in western Africa following a French special forces military operation that resulted in the deaths of two of their own soldiers, the Elysee announced Friday.

When the news emerged of the raid in May 2019, Fox News decided to treat the news as the main story at the very top of its home page, which ought to help put to rest the French contention (the French paranoia?) that the United States, or at least that conservative-leaning Americans, are so hopelessly into French-bashing that they are never ready to even deign recognizing French heroism. 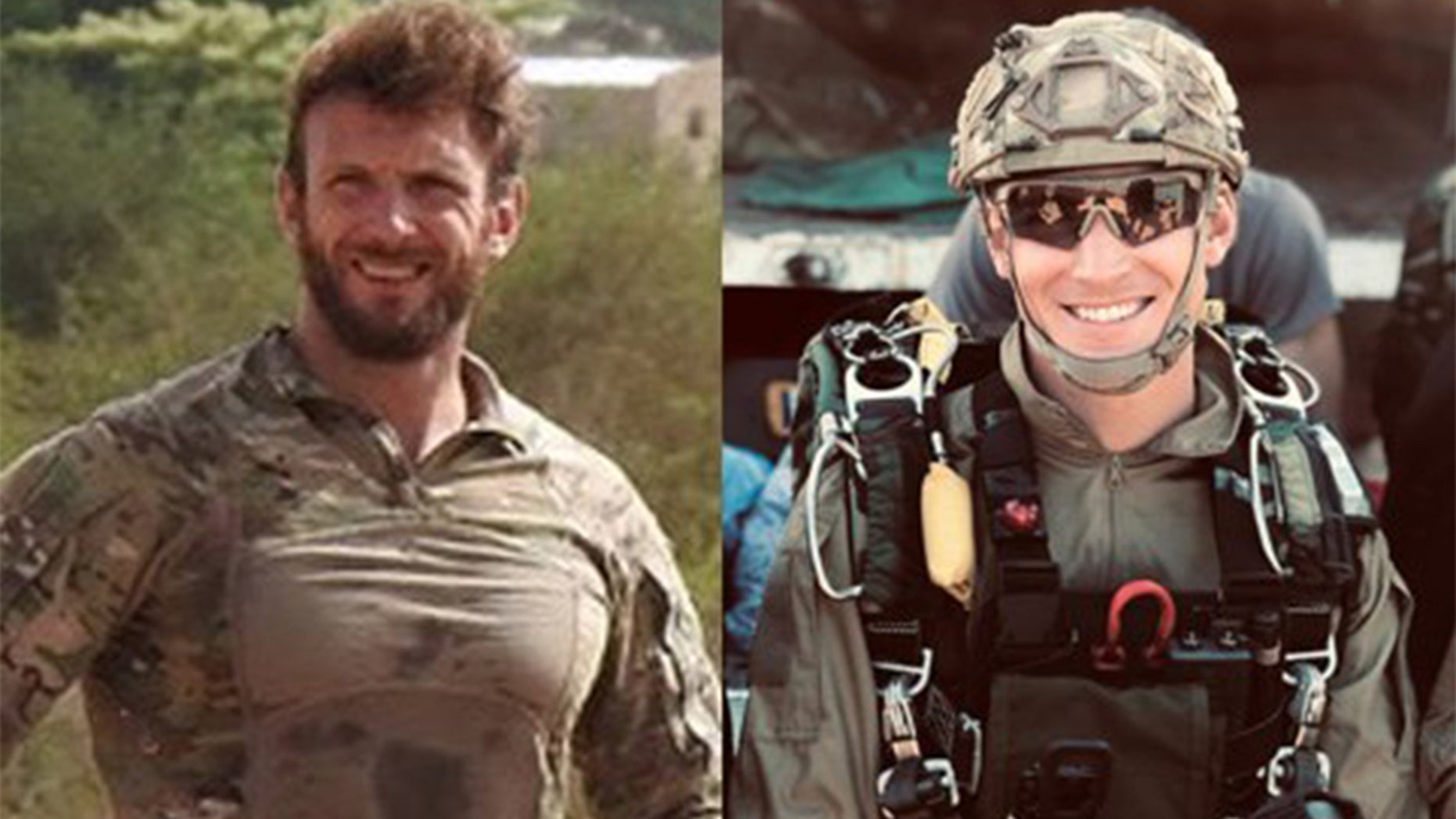 The statement from France said President Emmanuel Macron "bows with emotion and gravity at the sacrifice of our two soldiers, who gave their lives to save those of our fellow citizens".

They were identified as petty officers Cédric de Pierrepont and Alain Bertoncello. A Facebook post by the French Navy added that both men received numerous awards and recognitions throughout their military careers, such as the Gold Level of the National Defense Medal.

The hostages who were rescued, according to France, were a U.S. citizen, a South Korean national, and French nationals Patrick Picque and Laurent Lassimouillas.

The Frenchmen were tourists who were kidnapped during a safari in Benin last week, Reuters reported. The circumstances surrounding the capture of the other two were not immediately clear. … 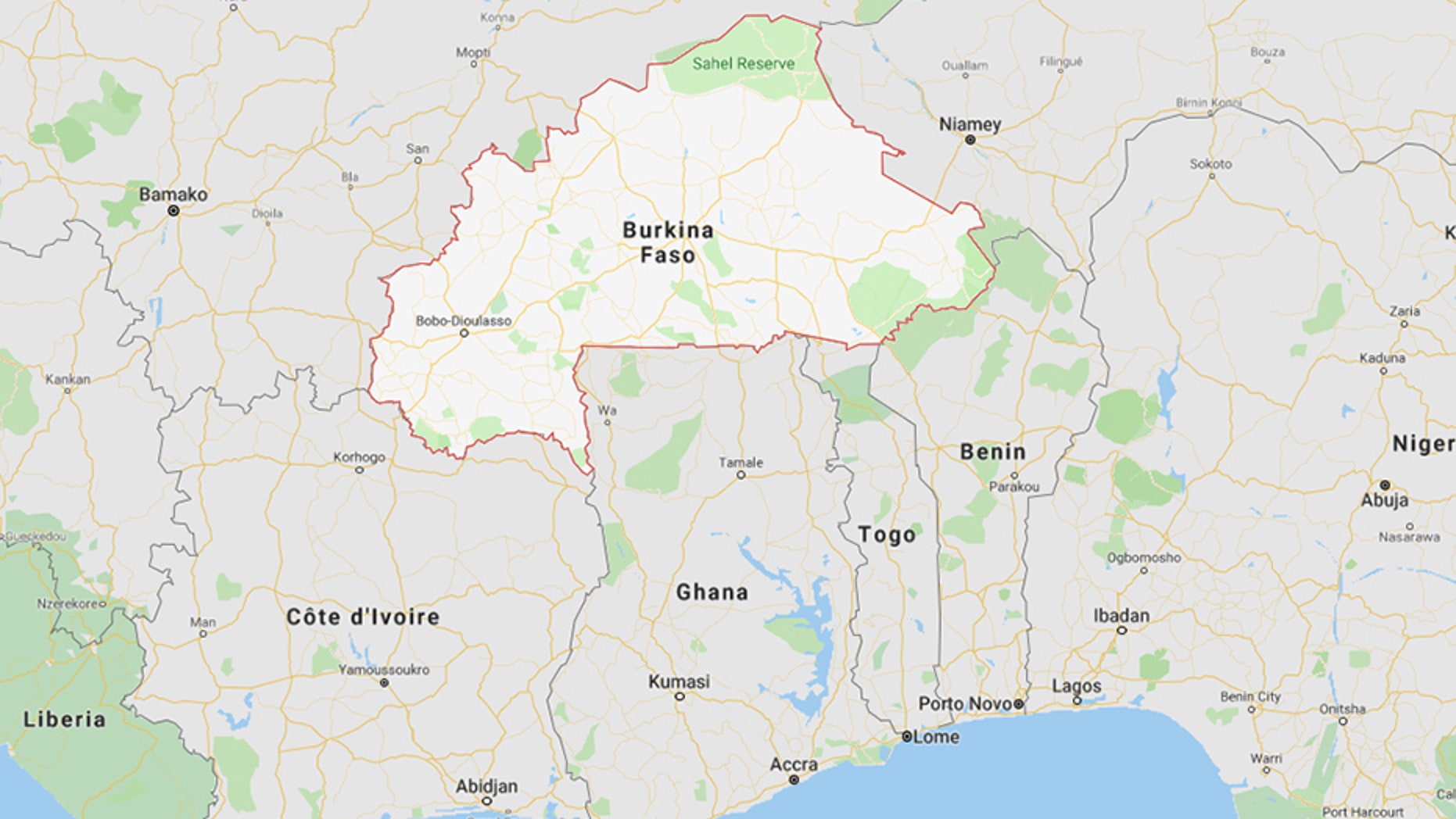 You can't believe what i just got,… A loan of $ 60,000. I have been looking for a loan for the past 2years untill i was referred to a legitimate lender. Though it was not that easy to approve my loan, as you know nothing good comes easy. But I got my loan within 4 hours i got my loan, and before i knew it, the loan was transferred to me. please friends, don't let any body deceive you and scam you for this is real. Contact them via Email: gaincreditloan1@gmail.com

I would argue that Americans have contempt for the French government and the "Elites," not their Military men and women.