2014: "Among the biggest obstacles to educating children are disruptive students whose antics, threats, and violence can make education virtually impossible": 4 Years Ago, Thomas Sowell Lambasted the Obama Policies that Would Lead to the Florida School Shooting 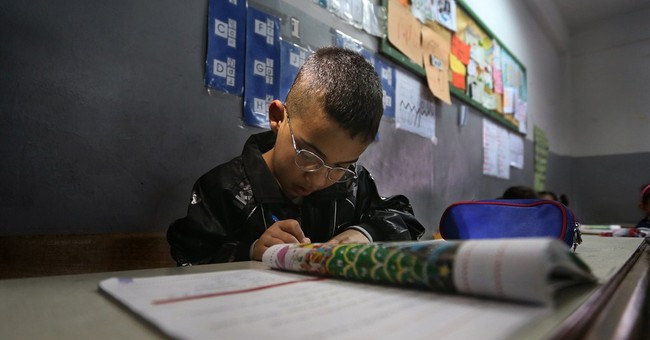 Four years ago, Thomas Sowell castigated the policies of the Obama administration that would lead, more or less directly, to the Parkland school shooting (thanks for the Instalink and for the Farm link). In April 2014, he wrote that


Of all the cynical frauds of the Obama administration, few are so despicable as sacrificing the education of poor and minority children to the interests of the teachers' unions.

Attorney General Eric Holder's attempt to suppress the spread of charter schools in Louisiana was just one of the signs of that cynicism. His nationwide threats of legal action against schools that discipline more black [and other minority] students than he thinks they should are at least as damaging.

… Fortunately, a court order prevented [the 2013] planned vindictive closing of this highly successful charter school [the American Indian Model Schools in Oakland, California] with minority students. But the attempt shows the animus and the cynical disregard of the education of children who have few other places to get a comparable education.

Attorney General Holder's threats of legal action against schools where minority students are disciplined more often than he wants are a much more sweeping and damaging blow to the education of poor and minority students across the country.

Among the biggest obstacles to educating children in many ghetto schools are disruptive students whose antics, threats and violence can make education virtually impossible. If only 10 percent of the students are this way, that sacrifices the education of the other 90 percent.

The idea that Eric Holder, or anybody else, can sit in Washington and determine how many disciplinary actions against individual students are warranted or unwarranted in schools across the length and breadth of this country would be laughable if it were not so tragic.

Attorney General Holder is not fool enough to believe either of those things. Why then is he pursuing this numbers game?

The most obvious answer is politics. Anything that promotes a sense of grievance from charges of racial discrimination offers hope of energizing the black vote to turn out to vote for Democrats, which is especially needed when support from other voters is weakening in the wake of Obama administration scandals and fiascoes. …