"Is Trump personally racist?" asks the NYT; "The few African-Americans in his inner circle respond with an emphatic No"

After reading an article in the New York Times, Ann Althouse comments that


“It seems apparent that the NYT set out to find out if there’s any evidence that Trump is a racist. Read the article. They found strong evidence that he is absolutely not any sort of a racist. The headline ought to come out and celebrate his excellent record.” 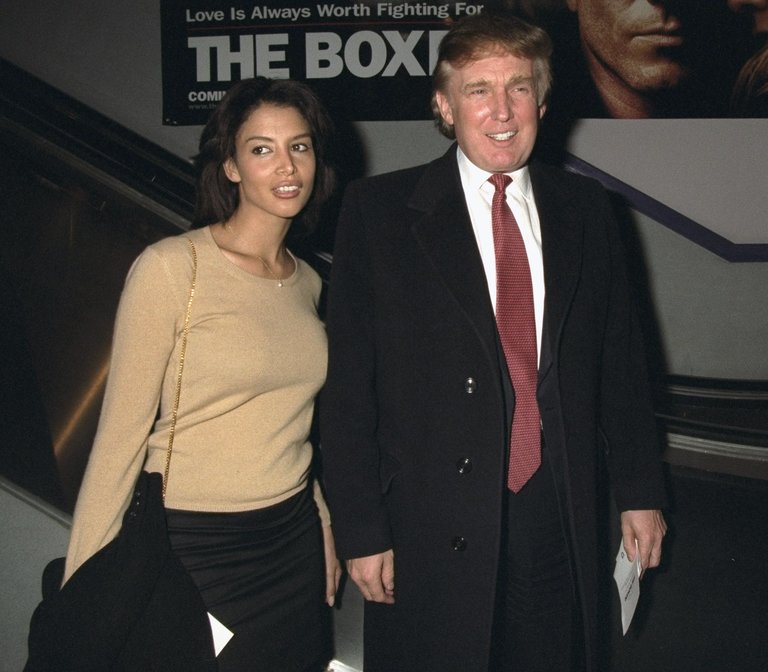 Indeed, YAMICHE ALCINDOR and MAGGIE HABERMAN's entire report, entitled Circling the Square of President Trump’s Relationship With Race, can be summarized in this couple of sentences:


… more than ever, the question is being asked: Is Mr. Trump personally racist? The few African-Americans in his inner circle respond with an emphatic no.

The New York Times article goes on to give a plethora of details:


… Kara Young, a model who dated Donald J. Trump for two years before he married another model named Melania Knauss, remembers clearly bringing up her race with the real estate tycoon early in their relationship. As with so many issues, he steered the conversation to celebrity.


“I didn’t hide my race from Donald Trump. He knew,” Ms. Young said in a rare interview. “He would say, ‘You’re like Derek Jeter.’ And I would say, ‘Exactly.’”

“I never heard him say a disparaging comment towards any race of people,” she added.

… when asked whether she thought Mr. Trump was racist or supported white supremacist ideals, Ms. Young said, “That was not my experience.” 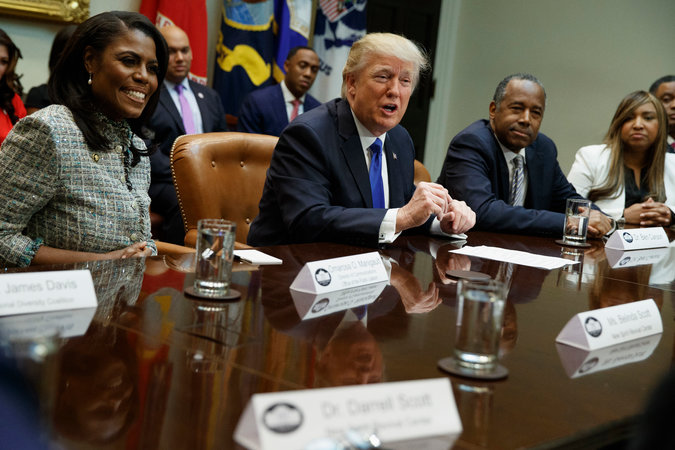 … Lynne Patton, who heads the Department of Housing and Urban Development’s New York and New Jersey office and is black, said Mr. Trump had a diverse set of people around him that included some close African-American associates, like Mr. Carson and Omarosa Manigault-Newman, a White House aide.

The president “doesn’t see color the way the average person does,” she said. He assesses people based on “their successes and their failures.”


Ms. Pierson [seated, in white, at far right in the photo above] said she was proof that Mr. Trump was not a racist because as soon as he decided to run for president, he hired her as a national spokeswoman for his campaign and encouraged her to speak on multiple television networks.

“A racist does not pick a single black mother to represent his entire freaking presidential campaign,” Ms. Pierson said. “A racist would not endorse Jesse Jackson’s presidential campaign in the ’80s twice. [At one point, DT gave free office space to Jesse Jackson’s Rainbow PUSH Coalition.] A racist would also not spend his time and his resources to bring African-Americans into Wall Street.”