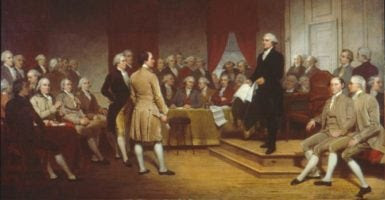 The direct election of senators was the first and greatest victory of the progressives over the Framers of the Constitution. Made possible by the Seventeenth Amendment in 1913, it mortally wounded the Founders' system. Abolishing the Electoral College will finish the job. And the progressives mean to do just that.

If we want to understand the efforts of the Framers during that hot summer in 1787, we must see them as trying to design self-government with a sober assessment of human nature in mind. When in the next century Lord Acton wrote that "power tends to corrupt, and absolute power corrupts absolutely," he captured in a ringing aphorism the view of the Founders.

This understanding of the effect of political power on human nature explains the Framers' focus on defining and limiting federal power. They did so by distributing power among the executive, legislative, and judicial branches of the federal government; preserving the political independence of the states; and creating a zone of liberty around the individual – even by further dividing the (supreme) legislative power itself, crafting two legislative bodies with separate powers and potentially competing interests.

Jefferson put it this way:


What has destroyed liberty and the rights of man in every government which has ever existed under the sun? The generalizing and concentrating all cares and powers into one body.

And Lord Acton put it this way:

The Framers of the Constitution aimed to preserve your unalienable rights and mine by preventing the concentration of political power in the central government.

They began with "the Virginia Plan," the original proposal written by James Madison and presented by Edmund Randolph at the Constitutional Convention. This initial proposal opened the discussion and became the basis of the debate. David O. Stewart in his book The Summer of 1787 describes the Virginia Plan like this:

Self-government meant that in America, the people and their elected representatives were going to populate the government all the way to the top. But how? The important feature of Madison's plan was that it provided a way to accomplish that. To do so, Madison made a decisive break with England's parliamentary system. The problem with the English model was that the House of Lords was in the hands of the hereditary nobility, and the executive was in the hands of the hereditary monarch. Since America was not going to have a king or a House of Lords, there was no way to make the English model fit America's needs.

It is all too easy for us today to fail to recognize how much of Madison's proposed system of representation actually made it into the Constitution of 1787. This is because the original system of federal elections was significantly different from the one we have today. Only the way we now elect the members of the House is according to the original Constitution.

According to Madison's Virginia Plan, the voters would only directly elect the members of the first branch. The Constitution of 1787 preserved that basic feature. Members of the House of Representatives were the only federal officers directly elected by the voters. The indirect election of U.S. senators was also carried over from the Virginia Plan to the Constitution. U.S. senators were elected by each state legislature; the state legislatures did the selecting in place of Madison's first branch. This followed Madison's proposed format of indirect representation for the upper chamber, with the additional advantage of also providing each state with representation within the federal government.

This modification of Madison's original plan by the Framers was brilliant. Having the first branch of the federal legislature choose the second branch would have had the effect of binding the two branches close together. The selection of senators would also have been a collective process by the first branch. By using the state legislatures as many different channels through which the voters populated the Senate, the Constitution's original design dispersed the process of selecting senators over the whole extent of the republic, state by state. In addition, making the selection process for the two chambers separate in this way put their independence of each other on a firm electoral foundation, preventing the concentration of federal legislative power that would have resulted from the Virginia Plan.

Finally, there can be little doubt that the most important benefit of the constitutional system was that it worked to preserve the political independence of the individual states.

That was the electoral system for Congress America once had.

The direct election of U.S. senators, the system we have today, bypasses the state legislatures. Direct election began a process of putting an end to America's unique federal system. The independence of the states and their ability to counter-balance the power of the central government has withered away. The Senate had been a barrier to the passage of laws infringing on the powers reserved to state governments, but the Senate has abandoned that responsibility under the incentives of the new system of election. Because the states no longer have a powerful standing body representing their interests within the central government, the power of the central government has rapidly grown at the expense of the states. The states increasingly are relegated to functioning as administrative units of today's gargantuan central government. The Tenth Amendment has become a dead letter.

The Electoral College was another brilliant modification by the framers of Madison's plan. Instead of having the two branches of Congress together choose the president, once again, the voters initiated the process at the state and local levels by choosing the presidential electors. The model for this system was the slates of delegates who had represented the people of the individual states at the Constitutional Convention. Leading citizens well known to the voters were to be chosen by the voters for the special purpose of selecting the president. The electors would assemble in the state in which they were selected, deliberate, and then cast the votes allotted to that state.

Though it does not function as the Founders originally intended, the Electoral College remains an essential constitutional safeguard of American liberty. Each state is allotted as many electoral votes as it has senators and members of the House of Representatives. To become president of the United States of America, one must even today win the national election state by state. Eliminating the Electoral College and electing the president by the popular vote, as the progressives are determined to do, would transform the office. Its occupant would in effect become the president of the big cities of America, and the last vestiges of political autonomy guaranteed the individual states by the Constitution's electoral system would be swept away.

We must preserve and protect the Electoral College at any cost. Repealing the Seventeenth Amendment instead would be a great idea, though. It would be victory for the Founders' vision and a defeat for the progressives. It would make possible a return to America's unique, liberty-preserving federal system. 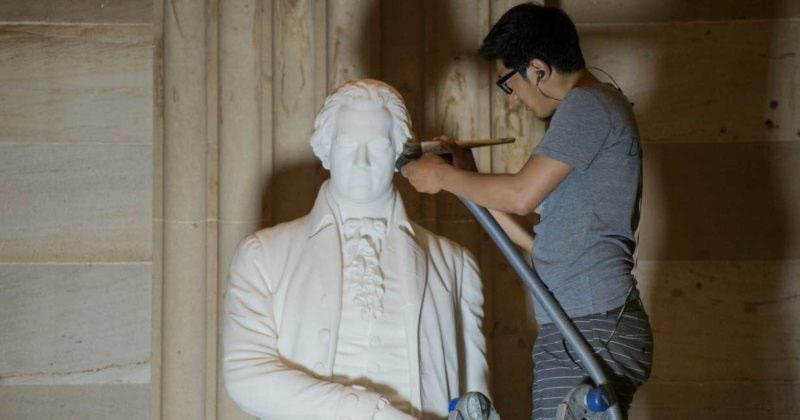