Never designed to be popularity contests: The genius of the Electoral College is that it gives everyone a voice and everyone a stake in the election's outcome 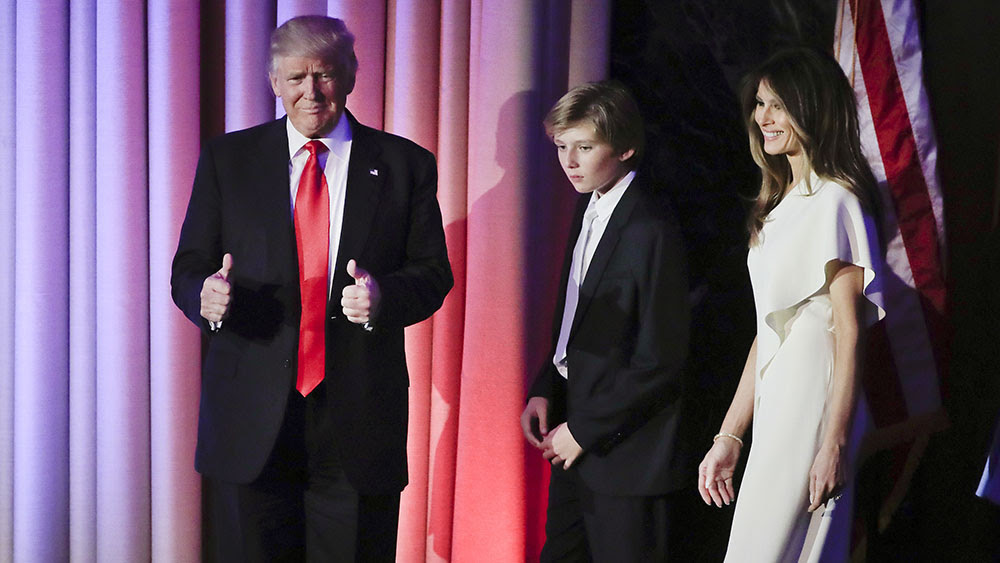 Over at the Investor's Business Daily, John Merline points out that


if California was more like the average Democratic state, Trump would currently have a 400,000 vote lead in the nationwide popular vote.

… As IBD pointed out in a recent editorial, the Electoral College was specifically designed to prevent candidates from winning the presidency simply by appealing to a few heavily-populated, highly partisan regions of the country. The Electoral College forces candidates to compete nationwide if they want to be president. That's a good thing.

Trump was right to say that, if the election were based on the popular vote, he'd have campaigned differently, particularly in states like California and New York where he had no hope of winning the popular vote but could have cut into Hillary's outsized margins and won more votes than her nationwide. 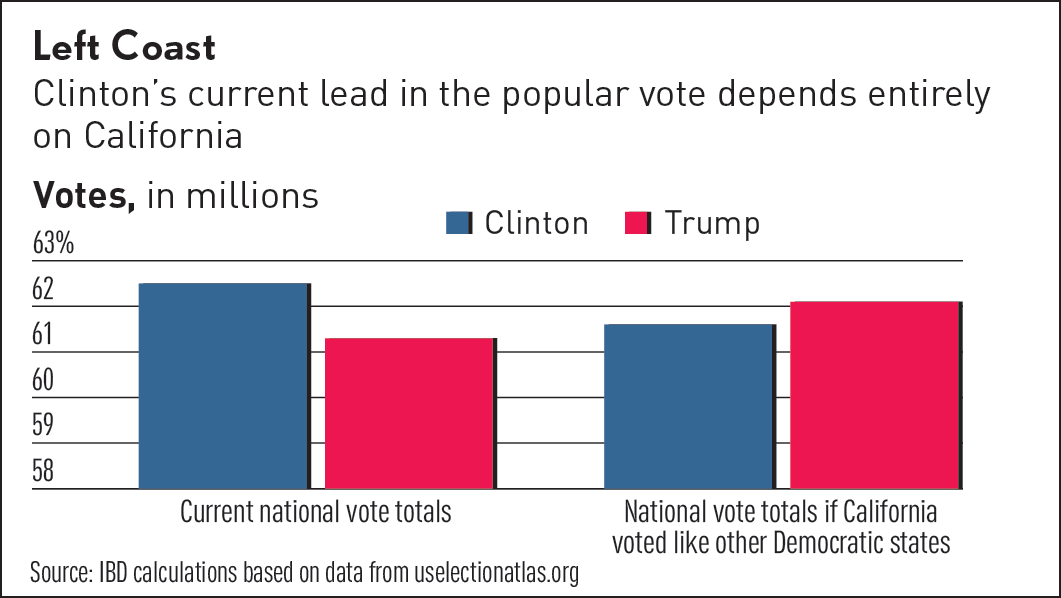 To quote directly from the IBD editorial:


The Electoral College is a unique institution, one that has functioned well to balance our nation's broad demographic and geographic interests. To destroy it would destroy what is special about our presidential elections. It's what has made our presidential successions so smooth and peaceful over more than 200 years, longer than any other comparable system for changing leadership in an orderly, democratic fashion.

To begin with, from the 1787 crafting of our Constitution, our presidential elections were never designed to be popularity contests. They were designed to give the individual states a voice in who would lead them. There would have been no United States of America without this provision, since from the beginning the small states were terrified of being dominated and bullied by the bigger states if they joined the union.

The genius of this system is that it gives everyone a voice and everyone a stake in the election's outcome.

Imagine for a moment if there was no electoral college, and we decided our elections based solely on popular vote. California, New York, Florida, Texas and a handful of other heavily populated states would dominate. The smaller states would have no say.

A popular mayor or governor in, say, California, might be able to cobble together enough votes to win without even being close to a majority of the votes. Dozens of smaller, less-populated states would have virtually no voice in what happened. They would soon be dominated by the highly populated coastal corridors and their mostly left-wing politics. The anger would soon explode, and you'd have secession movements springing up all over the country.

Such a system would increase the rewards for voter fraud and cheating, and make our system rife with voter and legal challenges. Think 2000 was bad? We'd soon be acting like some of the chaotic, autocratic nations that we now look down upon if we got rid of the Electoral College.

As author Robert Curry argues at the American Thinker, a president elected by popular vote "would in effect become the president of the big cities of America, and the last vestiges of political autonomy guaranteed the individual states by the Constitution's electoral system would be swept away."

With our current system, candidates have to take even small states seriously. They have to run as national candidates, not as "California" or "New York" or "Florida" candidates. They have to learn what issues matter to everyone, not just a regional few. That, arguably, was Hillary Clinton's failure — she didn't listen to the angry middle-class voters in the Midwest and South who were suffering from economic changes, and wanted their voices heard.

"Modern candidates have to accommodate farmers in rural states, factory workers in industrial states, and software engineers in tech-dominated states," writes Jarrett Stepman, an editor at the Heritage Foundation's DailySignal. "The president must consider the needs and opinions of people across the country instead of just the views of a few, highly populated urban centers."