Who, Exactly, Is It Who Should Apologize for Slavery and Make Reparations? America? The South? The Descendants of the Planters? … The Washington Post's Ishaan Tharoor reports on a UN panel arguing that "The history of slavery in the United States justifies reparations for African Americans" (thanks to Daniel Aronstein).

I wrote about what follows 19 years ago, when the topic came up during the Clinton administration. Shortened versions of the post below appeared in the International Herald Tribune, in the Washington Post, and in Le Monde (and I admit to feeling honored when a college professor of philosophy later contacted me to ask to include my letter to the WaPo editor in his course book).

Notice that in 1997, all that was being asked for was an apology, and (to his credit) Bill Clinton did not give one. Only a dozen years later or so did the Congress vote for this — with one leftist lawmaker wondering "why nobody ever thought of doing so before" (perhaps, answered one pundit, because 600,000 Americans happened to have died between 1861 and 1865). And now, the liberals have gone to the next step and ask for reparations… (Nor will that be the end of it…)

Related: Richard Epstein on The Case Against Reparations for Slavery.

I SHOULD LIKE TO KNOW ON BEHALF OF WHOM, exactly, slavery should be apologized for and whom remedies should be made to. I myself, like the majority of today's U.S. population, am descended from immigrants who arrived after the turn of the 20th century and therefore have nothing to do with the treatment of blacks on the plantations (or that of Indians on the plains, for that matter).

As for Americans living at the time slavery existed, over twice as many whites lived in states where slavery was illegal and where it had been so, for the most part, since before the French Revolution.

Nobody can hardly apologize for the South either, since most whites even there — two thirds of them, to be precise — did not own a single slave.

Maybe somebody should apologize for the planters and slaveholders? (Their descendants?) But they inherited the system they dwelled in, and although they certainly did little if anything to change it, in what way are they more guilty than the English, French, Spanish, Portuguese, Dutch, and other European nationals who introduced it in all their colonies (including, of course, the future United States) and whose only reason for not introducing it onto the European continent proper (as well as the North of the future U.S., needless to say) was the absence of a propitious climate?

And how, finally, are the above-mentioned whites more guilty than the Arab traders and, especially, the African tribes whose warriors raided neighboring villages to gain slave labor (slaves of the same skin color in this case) themselves or to sell their enemies to the Europeans? 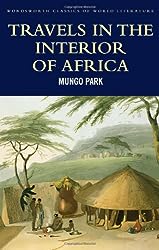 Speaking of the "dark continent":  Did not Mungo Park note during his 1799 Travels in the Interior of Africa that the slaves in that part of the world "are nearly in the proportion of three to one to the freemen", unable to leave "a state of hopeless and hereditary slavery" which "probably had its origin in the remote ages of antiquity"?  Didn't he further report that during times of great scarcity, there "are many instances of freemen voluntarily surrendering up their liberty to save their lives"?  The Scottish explorer was told that, during one drought, "many freemen came and begged, with great earnestness, to be put upon [a] slave-chain, to save them from perishing of hunger."

That's true, isn't it?  In the past, when poverty was the norm for the vast majority of the human race — whichever continent they came from — slavery, or some type of bondage (racial or same-race), was likewise the norm, poverty's Siamese twin, if you will; that would be before humanity was on the path to making significant leaps forward to wealth, mainly following… the birth of the United States and thanks to… the yields of its free market.

And speaking of remedies, didn't as many Americans die in the Civil War as in all of America's 20th-century wars combined? Didn't one Southerner of military age out of four lose his life in the conflict? How many bereaved families is that, altogether — North and South? And apologies, and remedies are still supposed to be owed?!