This whole hypocrisy shtick is a one way street; Liberals are tolerant of pretty much anything as long as you’re on their team

His tax shelters are entirely legal, of course, which makes Grayson more of a tax-dodger than a tax-cheater. The distinction is noted.

But if the congressman isn’t guilty of cheating on his taxes, isn’t he at least guilty of hypocrisy? This is a man who was critical of Mitt Romney’s Cayman Islands accounts and who urged the IRS to audit every Fortune 500 company because he suspected that many of them were “evading taxes through…offshore tax havens.”

Grayson isn’t alone in his tax-shirking or in his hypocrisy. A list of tax cheats—real tax cheats—reads like a who’s who of the Democratic elite. Left-wing sugar daddy George Soros, without whom the Left would probably wither and die, owes the IRS an unimaginable sum of $6.7 billion dollars. Nearly the entire lineup of MSNBC owes back taxes, including the good reverend, Al Sharpton, who is delinquent to the tune of $1.5 million. Then there’s the Tim Geithner, former Secretary of the Treasury, the department under which the IRS falls, who somehow forgot to pay his taxes. 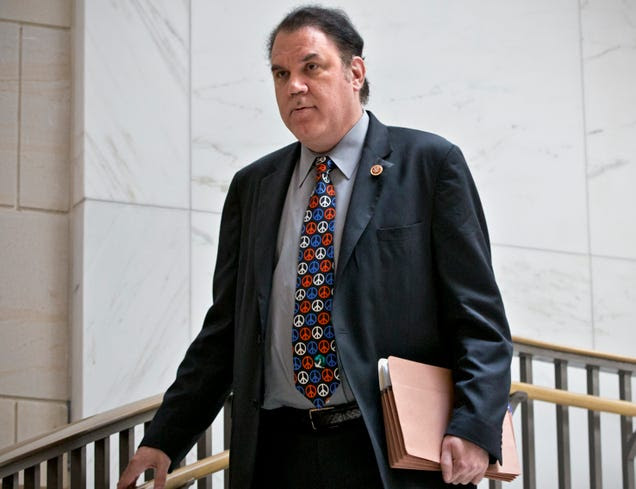 … Another difference between liberals and conservatives is that liberals seem obsessed with the sin of hypocrisy, a common human frailty that we’re all guilt of, to a greater or lesser extent. On the surface it might seem that they really don’t care what you do—cheat on your wife, use drugs, dodge the draft—just as long as you don’t get preachy about it. From their perspective, only those who espouse standards should be held to them. If, on the other hand, you don’t pretend to be anything other than a dirt ball, welcome to the (Democratic) Party!

You can almost see the glee in their eyes whenever they find a conservative who has fallen short of his professed values. Recall Stephen Glass, the young reporter for The New Republic, a liberal magazine, who, in 1998, was embroiled in a scandal after he was caught fabricating juicy details for his stories and even creating some stories out of whole cloth. One of Glass’s more sensational pieces was “Spring Breakdown,” a story about drunken debauchery at the Conservative Political Action Conference (CPAC).

… Despite the fact that every iota of the article sprung forth from Glass’s imagination, “Spring Breakdown” may still have some redeeming value as a case study on the liberal thought process. Glass probably believed that all of these hijinks were really going on at CPAC, so sure in fact that he didn’t even need to be there. His editors believed it too. The hypocrisy was just too delicious.


While it may seem that liberals can’t be brought up on the same charges of hypocrisy because they aren’t a bunch of finger-wagging scolds like the rest of us, that’s not entirely true. Liberals do have an unwritten code of conduct based on a common set of principles. The fact that those principles are truly bizarre makes them no less real.


Taxes are an illustrative example of their hypocrisy. If there’s anything they hate more than a one-percenter, it’s a one-percenter who doesn’t pay his taxes. Don’t these people want roads and schools? Geez, I don’t know. If rich people just say that taxes suck, does that mean that they can cheat on them and no one can say boo? If I’ve learned anything from adultery scandals, the answer is yes. Only those who claim to have principles can be held accountable for violating them.