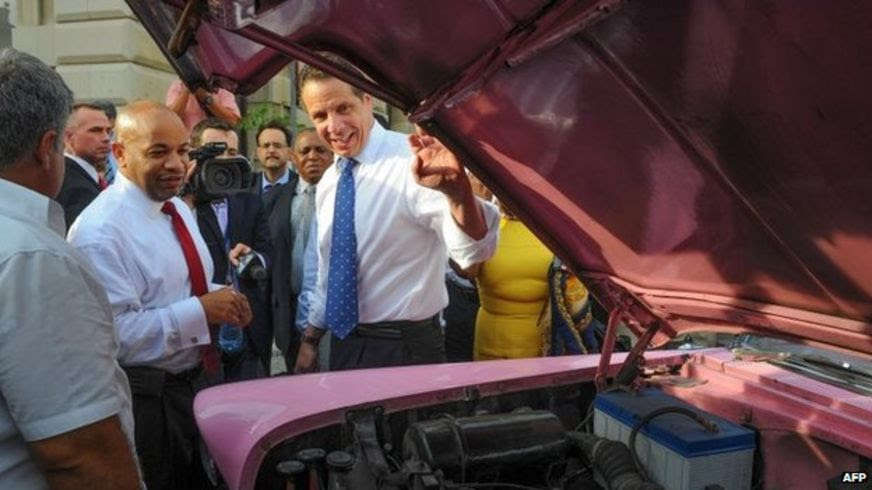 
A number of US officials and politicians have visited the Communist-run island since the thaw in relations was announced on 17 December, but Mr Cuomo is the first state governor to do so.

He travelled with a delegation of New York-based companies which he said he hoped would become some of the first to operate in Cuba.

Nice, Andy. As usual, Democrats ignore love the foreign governments and the élites that make them up, ignoring the plight of the common people that live under such régimes (see Moscow, Beijing, Tehran, Bagdad, etc, etc, etc…).