New York Times Compares Nigel Farage and His UKIP's "Oddballs, Boors, and Buffoons" to Members of the Tea Party

Nigel Farage, the loquacious, dynamic, bumptious, bibulous, irrepressible leader of the United Kingdom Independence Party … was touring the country ahead of the elections to the European Parliament

on Sunday, writes Geoffrey Wheatcroft in a New York Times Magazine article whose title compares England's "oddballs", "boor[s]", and "buffoon[s]" to the members of the American Tea Party (probably not an original idea of the English journalist, but a decision made by the New York Times's editors) and which lets loose with expressions such as "Nigel Farage and his team of oddballs", "the proto-apostle of a revived free-market creed", "Farage’s vulgar assault", "the E.U. as its central obsession", and "you might charitably say that [Godfrey Bloom, a UKIP Euro M.P.] probably isn’t a real bigot, just a boor and a buffoon."

The EU elections are Sunday, but the UKIP posted big local wins today (cheers to Instapundit; incidentally, Matt Chorley and Tom McTague's Daily Mail report has been considerably updated and lengthened since it first appeared). 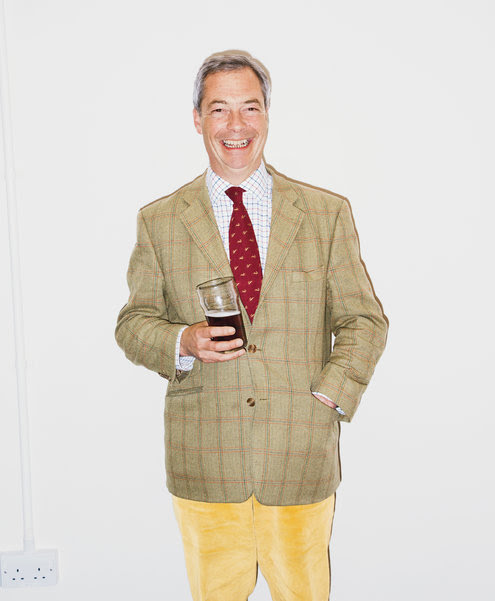 He has himself been a member of that body for 15 years and will doubtless be re-elected, although he belongs to it only to attack it, and his party exists to destroy it, or at least British participation in it and in the European Union.

… Outside, there was a knot of demonstrators as well as a BBC television truck: Farage is news. Two protesters held a banner that said (incorrectly as it happens) “Nigel Farage is a banker,” and one woman had a small handwritten placard reading, “They called Hitler charismatic too.” If the comparison is hyperbolic, she’s hardly alone. For all his apparent geniality, Farage is seen by plenty of people as a pernicious figure and his party as a danger to the political health of the nation.

In addition to an egg thrown at him as he was walking through Nottingham three days later, a deluge of criticism and scandal has recently washed over him and his party — from allegations of financial impropriety to a concerted campaign to brand UKIP as racist, an accusation that some of its own activists have done nothing to discourage. And all of it is laughed off by Farage with cheeky bravado. At his peroration in Bath, he said that he had received a letter from a 92-year-old former bomber pilot: “Nigel, you only start getting flak when you’re near the target!”

… That kind of brazen cheerfulness is part of his appeal, along with his act as a man of the people (albeit an expensively educated man whose father was a stockbroker). … Much of UKIP’s appeal is resentment at a fast-changing world and yearning for a lost — and no doubt largely imaginary — England, whispering the last enchantments of the 1950s. It may be retrograde, but some of it is harmless. Farage told me that one of the proudest moments of his life was appearing on “Test Match Special,” the BBC radio program covering cricket. Explaining that to American readers is a little like describing the arcane rites of a tribe in the Borneo rain forest, but anyway, a test match, or an international cricket game, say between England and Australia, lasts from 10:30 in the morning to 6 at night for five days running.

… If anything, Farage’s brashly rebarbative manner and checkered career have made it too easy for the respectable consensus to dismiss him and to overlook the fact that not everything he says is wrong. The European Union really is bloated, corrupt and undemocratic. Its ruling elite is indeed an unaccountable, self-perpetuating and self-satisfied oligarchy.

A single currency embracing countries wildly disparate in economic performance has been a disaster for many, leaving tens of millions of young people in Greece, Spain and Italy with no jobs, no money and no future. The grandiose posturing of that oligarchy in Brussels or Strasbourg is embarrassing in the circumstances. They speak as if the “European Union” were some equivalent of, and rival to, the American Union, when in reality the member states can’t agree on anything from banking policy to Ukraine.

In one European country after another, nationalist or nativist or frankly racist parties — and UKIP has had a tinge of all these characteristics — are on the rise. It’s possible that many representatives of such parties will sweep into the European Parliament this week, but if that happens, it will not be good enough to blame those who vote for them. To the contrary, it will be hard not to feel that the complacent Eurocracy had it coming. 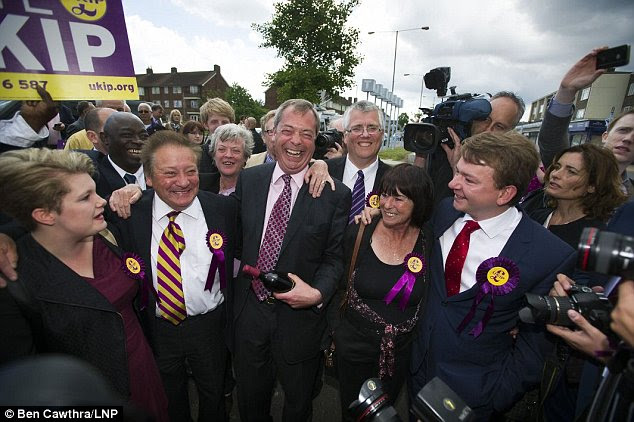