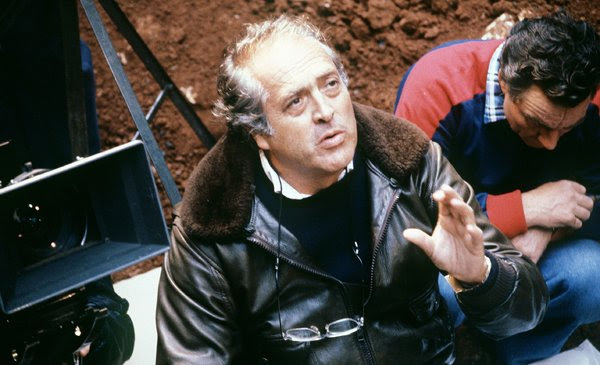 A "prolific French director who specialized in comedy and crime — often in the same movie —" died several weeks ago on the outskirts of Paris, writes the NYT's Bruce Weber. Georges Lautner was 87. 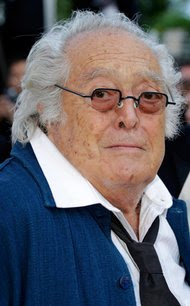 From the late 1950s through the 1980s, Mr. Lautner churned out an average of more than a film a year. He made more than 40 over all, often also serving as co-writer; his frequent collaborator was Michel Audiard.

His movies, generally fast-paced and cleverly plotted, often starred one or more of France’s celebrity actors, including Jean-Paul Belmondo, Alain Delon, Bernard Blier, Miou-Miou and Mireille Darc. And though Mr. Lautner’s films were not as well appreciated critically or internationally as those of the high-minded auteurs who were his contemporaries and countrymen, he made reliably appealing and profitable movies that reached a wide audience in France, many of which remain in frequent circulation on French television.

Ms. Darc and Stéphane Audran, about the murder of a blackmailer; “Le Professionnel,” a 1981 suspense thriller about the corrupt machinations behind a political assassination, starring Mr. Belmondo in a jaunty, James Bond-like turn as a rogue secret agent; a 1983 comedy about a woman (Miou-Miou, in “a lovely, confident performance,” Vincent Canby wrote in The New York Times) maintaining two separate families, known in English as “My Other ‘Husband’ ”; and “La Cage aux Folles 3: The Wedding” (1985), the final installment of the series about the comically tortuous relationship problems of a gay couple.