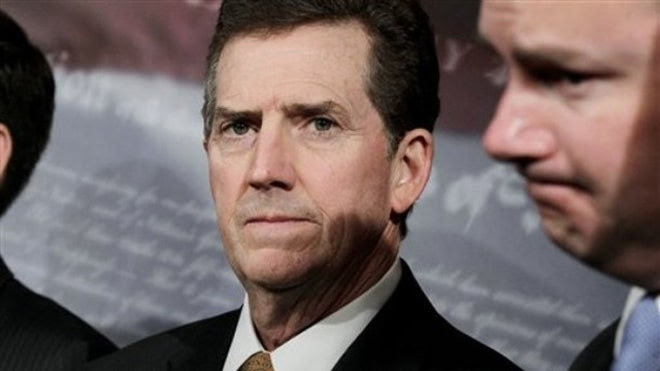 
The Tea Party-backed senator announced the move Thursday, saying he will step down from the Senate in January to become president of The Heritage Foundation think tank.
"I'm leaving the Senate now, but I'm not leaving the fight. I've decided to join The Heritage Foundation at a time when the conservative movement needs strong leadership in the battle of ideas," he said in a statement. "No organization is better equipped to lead this fight and I believe my experience in public office as well as in the private sector as a business owner will help Heritage become even more effective in the years to come." 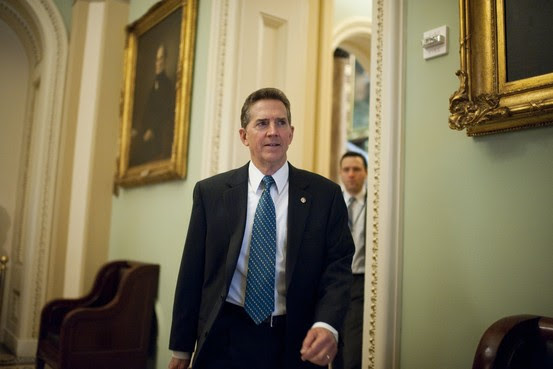 
Jim DeMint will replace Ed Feulner as president of the Heritage Foundation. Mr. DeMint will leave his post as South Carolina's junior senator in early January to take control of the Washington think tank, which has an annual budget of about $80 million.

Sen. DeMint's departure means that South Carolina Governor Nikki Haley, a Republican, will name a successor, who will have to run in a special election in 2014. In that year, both Mr. DeMint's replacement and Sen. Lindsey Graham will be running for reelection in South Carolina.

… In an interview preceding the succession announcement, Sen. DeMint said he is taking the Heritage job because he sees it as a vehicle to popularize conservative ideas in a way that connects with a broader public. "This is an urgent time," the senator said, "because we saw in the last election we were not able to communicate conservative ideas that win elections."