Dieppe 1942, the most deadly conflict in Canadian history: “It’s our Gallipoli”

The beaches of Normandy, for most, evoke images of D-Day, the Allied invasion that set the path to victory over Germany

writes Diantha Parker, the New York Times reporter whose father was among the few non-Canadians at Dieppe in August 1942 (see also the slideshow). 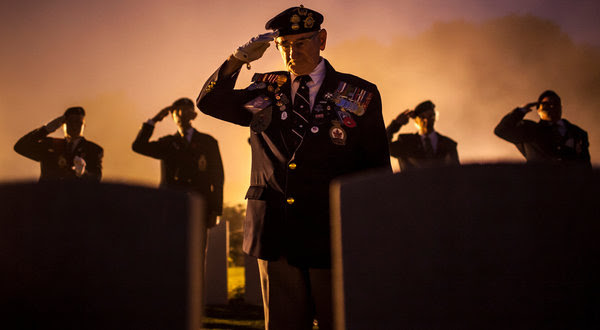 Fewer people think of Dieppe, this ancient fishing and resort city about a two-and-a-half-hour drive east of those more famous beaches. This is, in part, because the word Dieppe, if it is known at all, evokes something much darker: one of the early 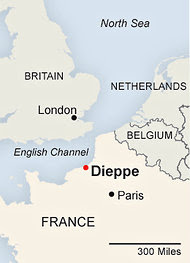 and most crushing defeats for Allied forces at a time before the United States had fully mobilized to join them. This is especially true for Canadians, who suffered the heaviest losses here.

… The Dieppe raid, code-named Operation Jubilee, was mounted on Aug. 19, 1942, as the Allies’ first amphibious attack on German-occupied France.

More than 6,000 men landed at daybreak at five points along the beachfront here — nearly 5,000 of them Canadian, with 1,000 British commandos and 50 United States Rangers.

But things went horribly wrong. The air, sea and land attack was intended to gain control of the beaches and soaring white limestone cliffs, eliminate German gun positions and, it is now thought, look for German intelligence. The plan depended on both the cover of darkness and the element of surprise.

A delay of about 20 minutes — caused, in part, by a skirmish with a German convoy — meant that the troops landed in daylight on an alerted and well-defended coast. Of the Canadians, more than 900 were killed on the beaches, and about 1,900 were taken prisoner.

Ron Beal, 91, who landed that day with the Royal Regiment of Canada at Puys, a village just west of Dieppe’s main beachfront, said, “It was a slaughter.”

… After D-Day, Dieppe was cast by many — including Winston Churchill and Adm. Lord Louis Mountbatten — as providing important lessons that underpinned the Allied successes in Normandy two years later. Not all historians agree completely. David O’Keefe, a historian at Marianopolis College in Montreal, has spent the past 15 years researching the raid and the plans behind it.

He maintains that D-Day and Dieppe are totally different beasts.

“If you’re going to compare them — they arrived in boats; that’s about it,” he says. His research, driven by newly unclassified British intelligence documents, has been used in a new documentary being shown in Canada and Britain called “Dieppe Uncovered,” which maintains that the raid was, in part, cover for an elite Royal Marines commando unit seeking to raid a German intelligence headquarters in the town. Mr. O’Keefe said the unit was created and led by Ian Fleming, then the assistant to the leader of Royal Navy intelligence. Of course, he later invented James Bond. 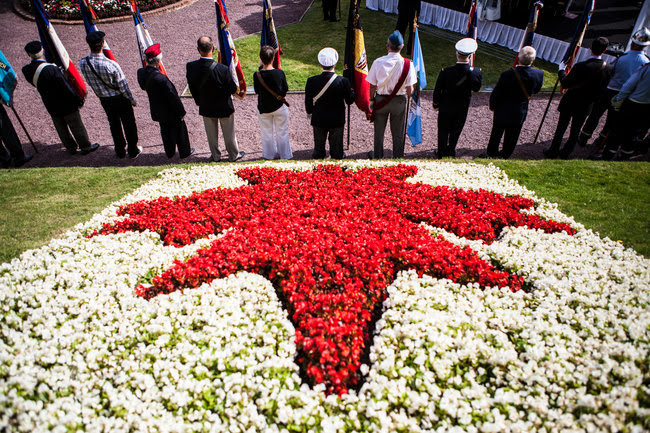