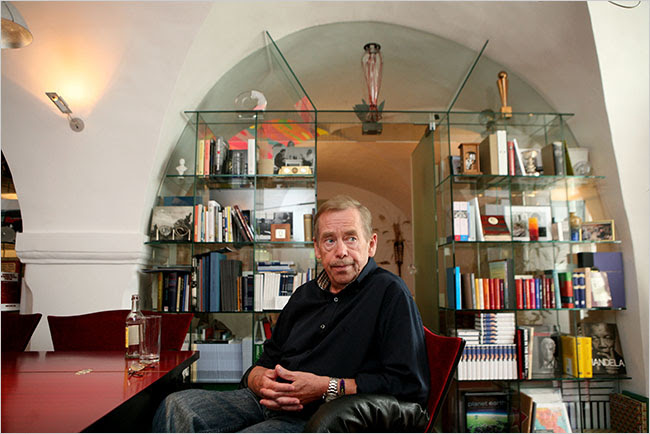 Děkuji to Instapundit!
If you have a few minutes, you might want to reminisce about the time when Havel criticized Obama (in an affair involving three Nobel Prize winners) and how, when a member of the European élite became involved in Obama criticism, suddenly American liberals like Maureen Dowd found it much harder to accuse the Obama critic of being a clueless racist… Update: just learned that Havel never did receive the Nobel Prize (thanks to Instapundit again); well, as Rand Simberg remarks, he certainly deserved it more than Obama or Arafat, for that matter…
Posted by Erik at 11:45