Nowhere in the United States Is There a Single "Undocumented" Worker

The New York Times has another tear-jerker about illegal immigrants — in the course of which we learn that "the Obama administration has deported almost 800,000 people in the last two years" — concerning a tell-all by a former reporter for The Washington Post under 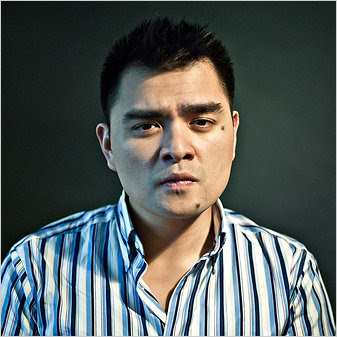 the title My Life as an Undocumented Immigrant.

The whole thing about "his illegal American dream" is very touching, but what Jose Antonio Vargas (who, in the middle of the story, turns out, incidentally, to be gay and the whole article is presented as as an innocent person deciding to courageously out himself from the closet, albeit from the illegal immigration closet) — and the New York Times — never points out is how not every one of the millions of "undocumented" immigrants thinks of his or her situation as "the central conflict in my life", feels such a "sense of loss and displacement", and is as studious, or as willing to integrate, as he happens to be. (Indeed, quite a number of these people are sitting in jail for crimes of various degrees of seriousness.)

More to the point, the entire premise of "undocumented immigrant" turns out to false and the basis for another of the left's tales where the poor-innocent-victim take is assumed as an established given. As I have written before,

If a foreigner, say an American, were to head to Mexico, for however short (a vacation) or however long a period (to work there) — and whether he entered the country legally or not (!) — he still, guess what, has papers. He has his American papers! Offhand, he has his driver's license, various IDs, and/or his passport…

True, a number of the Mexican and Central American illegals, many of them paupers, may not physically have papers in their pockets to produce, as is the case with many of their respective countrymen, but still, offhand, they retain as many (or as few) papers, and rights, as any other citizen of their country before they emigrated illegally.

What is there to be outraged about here? The equivalent is true for Americans, and for other Westerners — for instance the Yanqui Gringo mentioned above, who does not have the right (or an automatic right) to Mexican papers. Just as I, a foreigner living in Paris, do not have right — certainly, not an automatic right — to French papers and do not have the right to vote in French elections (it is not a right I would want — no offense intended — and I would never castigate the French for failing to give it to me or to any other foreigner)…


One day when I was 16, I rode my bike to the nearby D.M.V. office to get my driver’s permit. Some of my friends already had their licenses, so I figured it was time. But when I handed the clerk my green card as proof of U.S. residency, she flipped it around, examining it. “This is fake,” she whispered. “Don’t come back here again.”
Confused and scared, I pedaled home and confronted Lolo. I remember him sitting in the garage, cutting coupons. I dropped my bike and ran over to him, showing him the green card. “Peke ba ito?” I asked in Tagalog. (“Is this fake?”) My grandparents were naturalized American citizens — he worked as a security guard, she as a food server — and they had begun supporting my mother and mefinancially when I was 3, after my father’s wandering eye and inability to properly provide for us led to my parents’ separation. Lolo was a proud man, and I saw the shame on his face as he told me he purchased the card, along with other fake documents, for me. “Don’t show it to other people,” he warned.

I decided then that I could never give anyone reason to doubt I was an American. I convinced myself that if I worked enough, if I achieved enough, I would be rewarded with citizenship. I felt I could earn it.
I’ve tried. Over the past 14 years, I’ve graduated from high school and college and built a career as a journalist, interviewing some of the most famous people in the country. On the surface, I’ve created a good life. I’ve lived the American dream.
But I am still an undocumented immigrant. And that means living a different kind of reality. It means going about my day in fear of being found out. It means rarely trusting people, even those closest to me, with who I really am. It means keeping my family photos in a shoebox rather than displaying them on shelves in my home, so friends don’t ask about them. It means reluctantly, even painfully, doing things I know are wrong and unlawful. And it has meant relying on a sort of 21st-century underground railroad of supporters, people who took an interest in my future and took risks for me.
…This is my home. Yet even though I think of myself as an American and consider America my country, my country doesn’t think of me as one of its own.