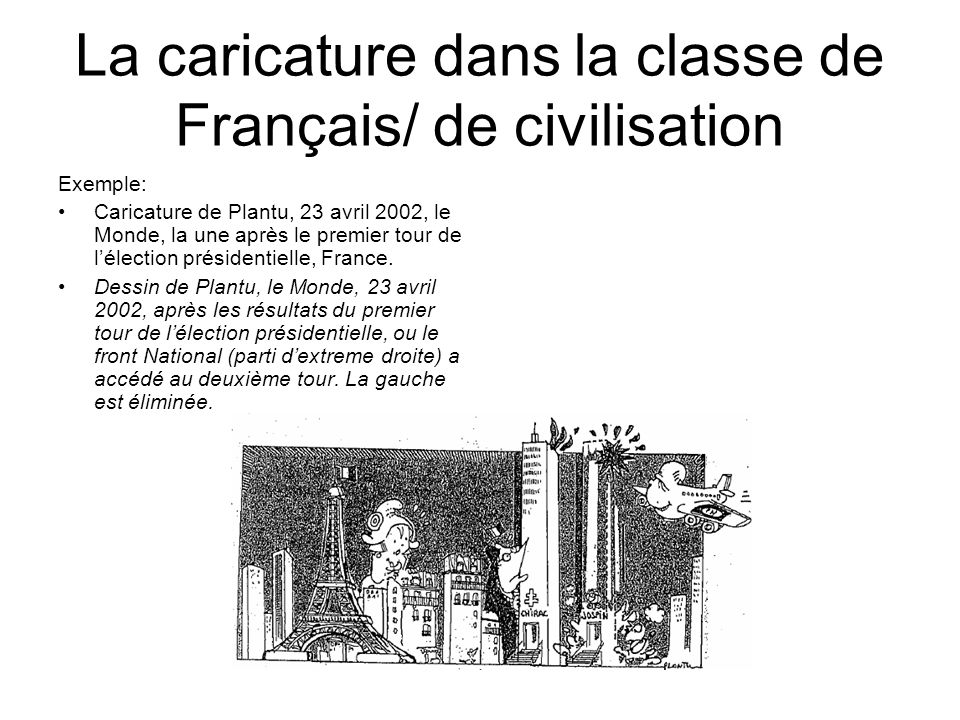 Another subject that Plantu reminisced about in Le Monde Magazine was the recent poll that gave the Front National's Marine Le Pen a commanding lead regarding voting intentions in the presidential contest next year. This reminded Plantu, of course, of 2002, when, to everybody's consternation, Marine's father (Jean-Marie Le Pen) beat the socialists' Lionel Jospin (then France's incumbent prime minister) for the run-off in the second round against incumbent President Jacques Chirac.

Of notice, however, has been Plantu's tendency over the years to use the 9-11 disaster to illustrate all kinds of alleged tragedies (both in America and elsewhere), and thus diminish the importance of the American deaths on that date…