“It’s useless to try to hide the tensions between France and Germany": German-French relations and the EU in general have entered uncharted territory

intones John Vinocur in his International Herald Tribune article about "the magnitude of what has changed in Europe in a few months’ time".

A German official I talked to last week … said German-French relations and the European Union in general have entered “Neuland,” German for uncharted territory. He believes a European decade has been wasted through a lack of frankness and realism. 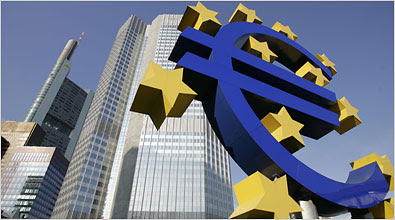 …markets have become the daily judges of European policy, probity and sovereign debt. That hardly matches up with past French-German prerogatives.

…in what looked like a major, targeted transgression, Finance Minister Christine Lagarde of France has said (twice, for clarity) that Germany’s persistence in holding down wages and failure to stimulate domestic demand created imbalances in Germany’s favor that were impossible for other E.U. members to sustain.

Her statement, issued in a period of crisis with the approval of the French president, Nicolas Sarkozy, entered a previously taboo area of French-German power relations: it suggested both that Germany was acting selfishly and that France could cast itself inside the European Union as Europe’s champion of solidarity, and outside as Europe’s foremost consensual representative.