Farmers Bring the Country to Paris, Turning the Champs-Élysées Green 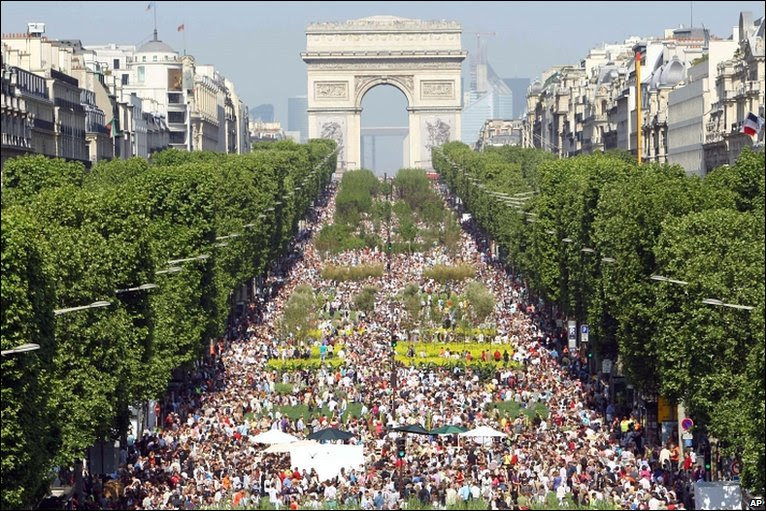 One of Paris's main thoroughfares, the Champs-Élysées, has been covered in earth and turned into a huge green space in an event staged by young French farmers. 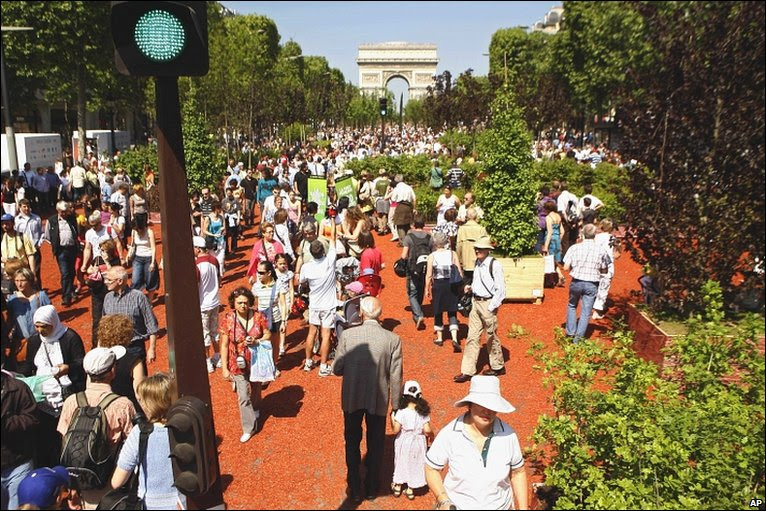 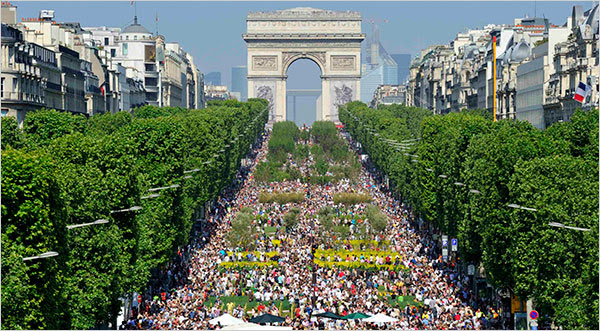 …on Sunday the French Young Farmers union … brought the sights and scents of the countryside to Paris as its members covered a long stretch of the Champs-Élysée[s] with miniature fields of wheat and sunflower.

It was perhaps its sheer incongruity that drew massive crowds to the avenue that the French call the most beautiful in the world. The federation said that about 150,000 plants covered more than 3 hectares, or 7.4 acres, of the avenue. Farms animals — sheep, pigs and at least four breeds of cows — were held in pens along the avenue.

Needless to say, the politically correct compassion gurus have done their job well as

“The people worry about the animals,” said Nicolas Mousnier, 29,

who raises sheep in Limoges, standing in a straw pit, watching over a herd of 40 sheep, a massive black sow and eight squealing piglets. “This connection still exists. We have to maintain it.” He had spent much of his day reassuring visitors that the animals were not uncomfortable in the sun… 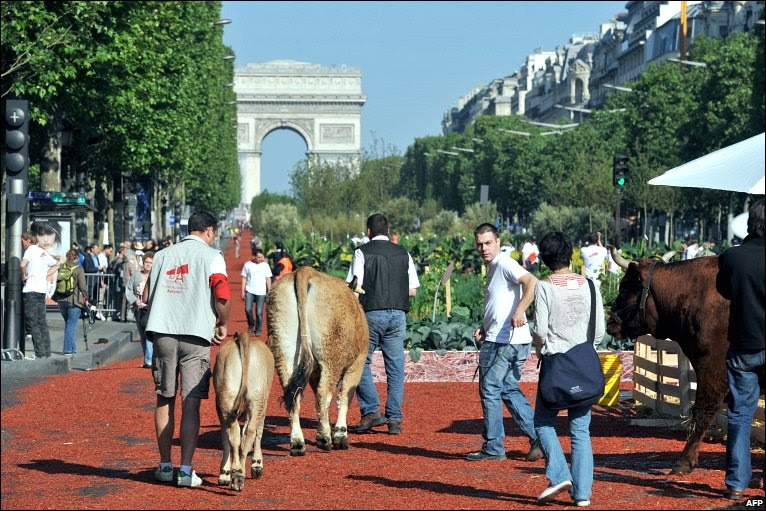