Lemme guess, the return of Diebold? 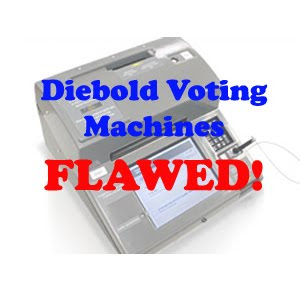 That can be the only answer to the pounding taken by the statist political elements in the US yesterday. Everyone knows the US electorate is just head over heels in love with bigger government, onerous taxation and profligate spending, just ask them:

Republicans swept contests for governor in New Jersey and Virginia on Tuesday as voters went to the polls filled with economic uncertainty, dealing President Obama a setback and building momentum for a Republican comeback attempt in next year’s midterm Congressional elections.

Of course the European strain of statists are chuckling once again at those crazy Yanks. Afterall, when the continent has an unruly electorate returning an unacceptable result, we simply allow the voters try,try again until they get it "right".
Posted by Georges at 13:03