Miscellaneous Europeans Willing to Fight to the Last Canadian

I guess they ran either ran out of skulls, or someone thinks that being tacitly pro-Talibanwill protect them.

Canada's forces in southern Afghanistan are getting a boost from the U.S. Marine Corps.

The deployment is a stop-gap to bolster the Canadians, who have been battling insurgents and insisted on help as a condition of extending their deployment. After Germany, Spain, and several other NATO states refused (again) to send troops south, the U.S. offered a Marine unit. For the next seven months, the North Americans will be fighting shoulder to shoulder in the province. Hell, if the Mexicans chip in a brigade, Kandahar could join NAFTA. 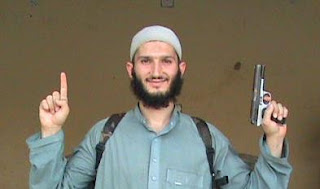 I’m sure the Spanish and German “street” will rationalize something post cultural. In the mean time a German splodey-dope detonates his bad mono-cultural self.
Posted by Joe at 17:01