A Glimpse into the Coocoo’s Nest

Where every day is red-nose day. 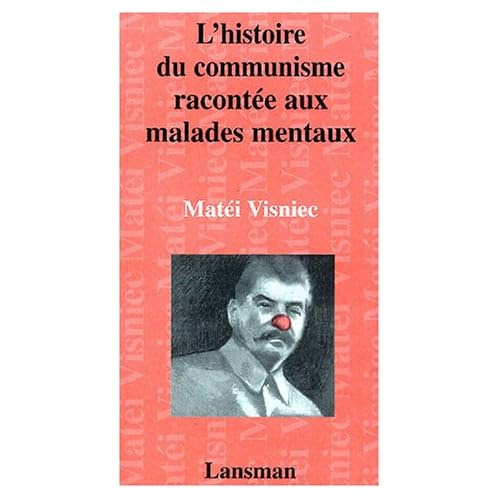 Treating it like what it is, people living under communism have always been either prisoners, or prisoners of the madness of the state. Romanian writer and playwright Matéi Visniec puts it in context for us is a novel published this past summer called The History of Communism as Told by Mental Patients

From the editor’s foreword:

It was Moscow in 1953, a few weeks before Stalin died, the director of the Hospital psychiatric ward invites a writer to remain among the “patients” and asks them to rewrite, at their level of understanding, both average and severe, the history of Communism and the October Revolution. He was convinced that this “therapy” could cure some of his patients. Matéi Visniec plunges us in the fuzzy universe of these psychiatric hospitals where real patients and jailed opponents of the state display their nature in their own ways. It shows us once more that whatever the circumstances, man cannot live without concepts of utopia... at the risk of sinking into horror when he tries to put the ideas into practice.