We Have Nothing Against America (In Fact Americans Are Our Friends), It Is Only Bush We Oppose 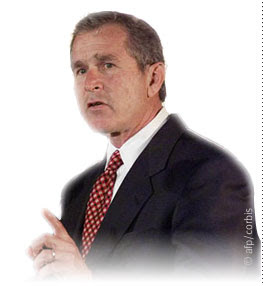 Doug Miller, President of Globescan, said the findings "supports the view of some Americans that unless his administration changes its approach to world affairs in its second term, it will continue to erode America's good name, and hence its ability to effectively influence world affairs". [Cheers to Hervé]

As you no doubt realize, it is entirely Bush's fault that France, in its entirety (and the world as well), has united against America; and the fact that members of the "peace camp" end up looking like they support autocrats and tyrannical régimes is entirely imputable to Dubya's arrogance, since that state of affairs is, needless to say, an unheard-of anomaly that has nothing to do with the reality of their friendship with Uncle Sam and the sharing, through the decades, of the common goals of democracy for all.

By the way, before we go on, here are two polls that have not been widely reproduced in the West (certainly not as much as the BBC one mentioned above)…


Of course, Max Jacobson's column in the International Herald Tribune somewhat takes the winds out of the sails of the legend that it is only Bush that people oppose, as the former Finnish ambassador to the United Nations deflates the canard that the members of the UN are lucid, visionary, and doing little else but trying to overcome reactionary America's opposition to a bright, peaceful future.

The United States … is like a magnet that both attracts and repulses. The other four governments [i.e., the other four permanent members of the security council] determine their positions less on the merits of the case under discussion than by the state of their relations with the United States.

And here, for your information, is an excerpt from Brian Knowlton's IHT interview with John McCain:

I think the French were severely, deeply wounded and therefore took some of their anger out on us over this failed policy that they pursued.

What was the question that the Arizona senator was answering?

What about the reaction to Dayton and the whole Bosnia issue?

Dayton? Bosnia? Oh yes, the interview appeared in the January 8, 1996, issue of the IHT; I should probably also mention that Jacobson's column dates back to March 12, 1998.


Also, we have this letter to the American president, which appeared in Le Monde:

After the Somalis, who object to you as the world's policeman, there are some other underdeveloped beings, the French, who refuse as one to have their culture "gattified" according to your wishes. [You have] managed to build against yourself, in Paris, a holy union, the likes of which the Hexagon's [France's] Gauls are not used to …

Bertrand Poirot-Delpech's letter appeared on October 20, 1993, and it was addressed to Bill Clinton.


Oh, and then — speaking of French talk of conciliation versus aggressiveness, of their indulgence toward undemocratic régimes, and of their love of words and expressions such as "responsabilité" and "réaliste" and "acceptance of realities" — there's this:

The French last night welcomed the Democratic gains in Tuesday's United States elections as good news. The government took no official position, but many French officials are known to hope that the Democrats will use their control of the House and their strengthened Senate position to press for a more conciliatory policy toward Communist China and toward the Soviet area in general. Many responsible French officials feel that the United States must agree to a recognition of Red China if only as the first step toward organizing an Asiatic defense on an acceptance of realities. 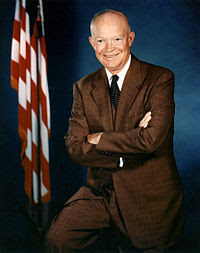 That appeared after the mid-term elections of November… 1954.


But, you understand, it is only Bush we have something against! We actually share the same goals as you! We are your allies! We actively work toward the same ends! Americans are our friends!